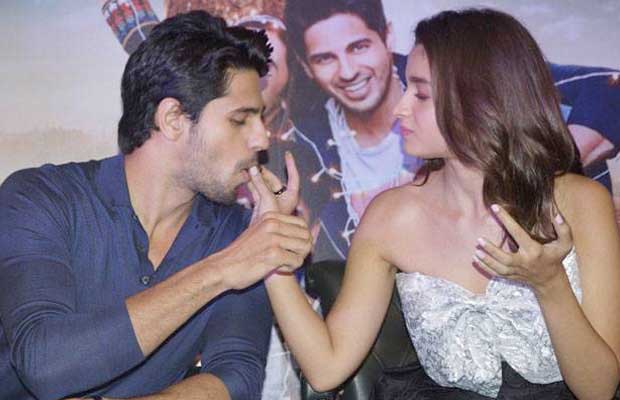 [tps_footer]It was reported earlier that Hrithik Roshan will share the screen space with our Bollywood’s Pataka Kudi Alia Bhatt but now it’s confirmed that Sidharth Malhotra will be the love interest of Alia Bhatt and we hope to see the magic of romance and love between Alia-Sid the same way as we have seen in Rahul Roy-Anu Aggarwal in Aashiqui and Aditya Roy Kapur-Shraddha Kapoor in Aashiqui 2. This time, it’s Sidharth Malhotra who has confirmed the news of being part of Aashiqui 3 although his alleged girlfriend Alia Bhatt has not confirmed herself to work with Sid in Aashiqui 3.

After showing their sizzling chemistry and strong screen presences in Student Of The Year, Kapoor And Sons, this will be the third time we will see Alia Bhatt and Sidharth Malhotra romancing each other. They are constantly linked up but both, Sid and Alia maintain good friends tag whenever they are questioned about their love relationship. Well, we hope some day they will confess their off-screen Aashiqui too other than playing the perfect madly in love couple on screen.

We will get to see Sidharth Malhotra in the sequel of Bang Bang opposite Jacqueline Fernandez. As far as Alia Bhatt is concerned, her kitty is full of movies like Udta Punjab, Gauri Shinde‘s untitled movie opposite Shah Rukh Khan, and Badrinath Ki Dulhania. Karan Johar will be very proud of his students Alia and Sid![/tps_footer]