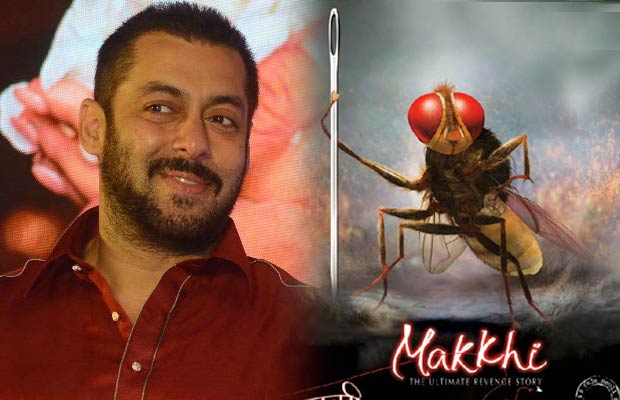 [tps_footer]Salman Khan is shooting for Sultan starring Anushka Sharma but there are other interesting offers that Salman Khan is being considered to be a part off. Eega a.k.a Makkhi and Baahubali director SS Rajamouli is keen on casting Salman Khan as his father Vijayendra Prasad had written the script of Bajrangi Bhaijaan directed by Kabir Khan and during that time, Salman had expressed his desire to be part of the second installment of blockbuster movie Makkhi.

Now, there is no official announcement about this news but it’s said, after making Baahubali 2, SS Rajamouli’s next project will be to work on Makkhi 2 and we may get to see Salman Khan making his debut in The South industry. Won’t it be great ? But, that’s for future and we know future is always unpredictable and especially in the world of showbiz which is full of surprises and shocks. So, let’s see what will be the final cast of Makkhi 2 whenever it will be made.

For now, Salman Khan needs to bother more about his two unsolved cases. He already had a case filed against him for possession of illegal weapons case related to the black buck poaching, proceeding in the Jodhpur Court. And, very recently, we got to know that even after receiving a clean chit for hit and run case from Bombay High Court, the judgment is being challenged by the Maharashtra government in the Supreme Court. So, Salman Khan is still stuck up with his past legal issues.