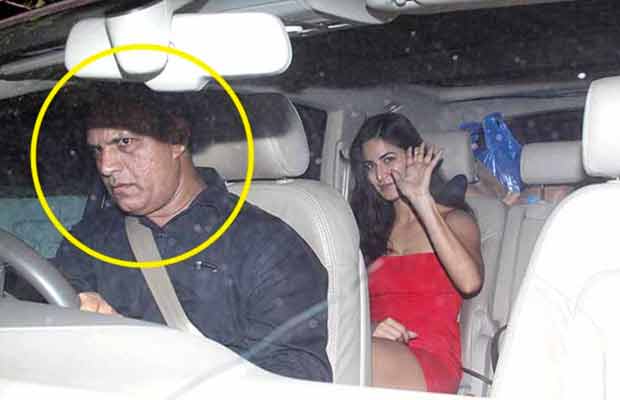 Katrina Kaif has been stealing the limelight with her Instagram debut. If latest reports are to be believed, the actress’ driver slapped a fan, who was screaming her name and asking her for a selfie. The fan then broke down and left the spot.

But as per the reports, there’s a different story to this incident. The fan forcefully tried to enter the building and even tried to flout the security.

As per reports, sources suggest, “Katrina Kaif has always been very respectful to her fans and even interacts with them whenever she can, both over social media and when they approach her in person. It was only recently that a fan followed her vehicle into the building premise and forcefully tried to break in.”

They further added, “When the fan broke into the building and entered the gate, he was given a warning. When he continued, despite several requests, Katrina’s driver had to step in and keep him away for security reasons as she does not roam with personal bodyguards. Katrina Kaif or her entourage would never consciously hurt or offend anyone and this episode was a pure breach of security and entirely for her safety as a woman. It is unsafe for any woman in such a situation and Katrina’s driver merely stepped in to warn him. This media report is quite irresponsible as no one asked Katrina or her representative for an accurate statement.”

On the work front, Katrina Kaif will be next seen opposite ex-beau Ranbir Kapoor in Anurag Basu’s Jagga Jasoos. The film is slated for a worldwide release on July 14, 2017.

Post that, she will feature in Salman Khan starrer Tiger Zinda Hai, the sequel to Ek Tha Tiger which is set to hit the screens later this year on December 22, 2017.