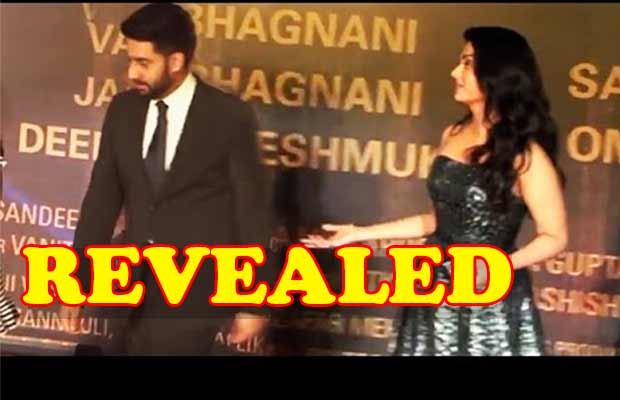 [tps_footer]Recently, at the premiere of Sarbjit, the entire Bachchan parivaar graced the event and everything seemed to be fine until Abhishek Bachchan lost his cool over something and left Aishwarya Rai Bachchan embarrassed. Aish at the first called Abhishek Bachchan to pose for the shutterbugs on media’s request and soon after getting clicked, Abhishek walked off. We don’t know whether Abhishek Bachchan did it purposely or Aishwarya’s call was unheard.

Soon after the incident, reports started doing rounds that Aishwarya and Abhishek are going through a rough patch but the truth is something else. While people thought that there is a tiff between the couple, a source close to the couple says, “There’s no trouble in paradise at all. Abhishek and Aishwarya are very secure people. Abhishek did not want to take the centre stage and felt that it was Aishwarya’s film and her moment at the red carpet. They were just there as family to stand by her and her film. That is why he left the stage to her.”

Well, so it’s confirmed that everything is fine between the lovely couple and we wish it continues and grows stronger! What are your thoughts on Aish and Abhishek Bachchan‘s lovely relationship as husband and wife?