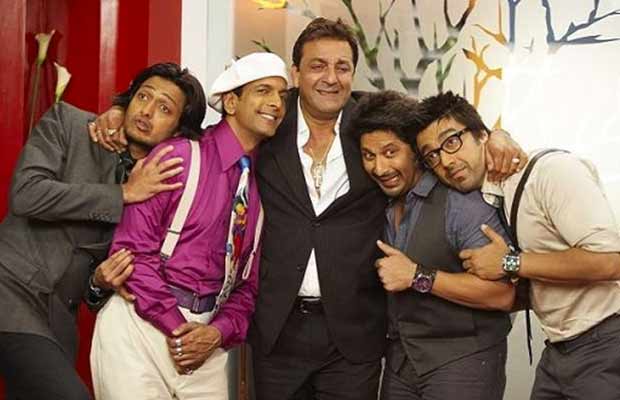 Sanjay Dutt has been in news for his latest film outing which is set to be the 3rd installment of the popular franchise, Saheb Biwi Aur Gangster.

Although, the actor who has been a part of Indra Kumar’s Dhamaal franchise has decided to move out of the third installment titled Total Dhamaal!

While the reason for moving out is essentially due to the actor’s dates coinciding with other projects, it’s learned that Dutt wasn’t keen on the film’s content revolving around adult comedy. The actor has his calendar blocked until the shoot of the 3rd installment of Saheb Biwi Gangster followed by Torbaaz!

“Sanjay Dutt who is leaving no stone unturned to make up on all the lost time with his kids doesn’t want them to see him in an adult comedy film” added a source close to the actor.

Directed by Indra and produced by Ashok Thakeria, the first installment of the franchise released in 2007 with Riteish Deshmukh, Arshad Warsi, Javed Jaffrey and Ashish Chowdhry. Its sequel, titled Double Dhamaal, released in 2011.

Further, the news of Dutt’s co-star Riteish pulling out the project has also been doing the rounds.