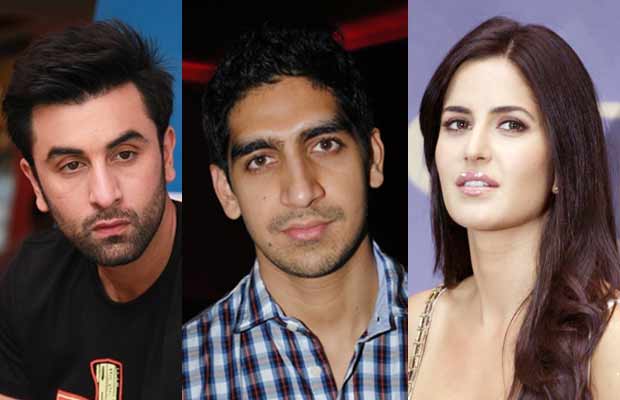 [tps_footer]Ranbir Kapoor and Katrina Kaif made it quite obvious amidst the shutterbugs that they have parted ways. The two celebs who were too shy to accept their relationship in the paparazzi had given minute hints of their love and affection. Just when all was going well and Katrina was also quite close to Ranbir’s family things turned ugly between them.

The reason for their break up is not exactly known, but reports speculated that Katrina was looking forward to a marriage commitment while Ranbir Kapoor was not ready for the same. With a difference in priorities, the two stars parted ways.

It was speculated that the Bang Bang actress was not too happy with Ranbir as he was apparently getting too close to Tamasha co-star and ex-flame Deepika Padukone. The two talent bundles Ranbir and Deepika were apparently too friendly with each other and this irked Katrina.

Even now the two are in news for their personal hassle. According to a leading daily, Ayan Mukerji is the reason why Ranbir and Kat parted ways. It is being said the Fitoor actress thinks that Ayan made matters worse between her and Ranbir. Moreover, Ayan Mukerji who has teamed up with the Kapoor lad in the films ‘Wake Up Sid’ and ‘Yeh Jawani Hai Diwani’ also is close to Deepika. With all the reasons together, it is believed that Kat thinks Ayan could have intervened and made things better, but that did not happen.

Ayan Mukerji and Ranbir Kapoor are very close friends and apparently Ayan is too protective of Ranbir too. The filmmaker has also stated to Katrina that things cannot be solved now.

Well, now whether these reports are true or no only Ayan can tell![/tps_footer]