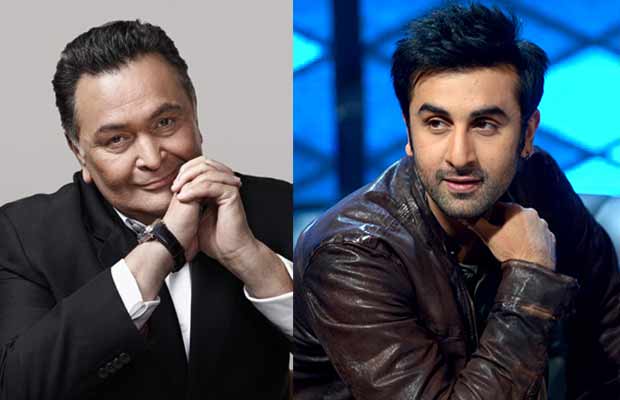 The Bollywood veteran actor, Rishi Kapoor is known in the industry for speaking his heart out. The actor has recently launched his biography Khullam Khulla, whose title best suits his nature. In his book, he has talked upon many important events of his life.

He has also made certain revelations. But the one thing that has attracted everybody’s attention is that Rishi has talked about the time when his wife, Neetu Kapoor had conceived their son, Ranbir Kapoor!

Talking about that important phase of his life, the actor writes in the book, “Everything is digital now, no film is used. If I remember right, Neetu conceived Ranbir during this time, (the shooting of Prem Rog) when we were picturising ‘Meri kismet mein tu nahi hai shayad’. It makes the song even more special for us.”

Wondering what Ranbir Kapoor might be feeling over this!

He has even talked about other incidents in his life, like the one when he almost had a fight with Sanjay Dutt. In the book, he explains how Sanjay had a misunderstanding that he was in love with Dutt’s then girlfriend, Tina Munim. It was ultimately his wife, Neetu who was able to convince Sanjay that she is the only girl in Chintu Kapoor’s life.

Well it was yesterday only when we reported about the trouble that Rishi has fell in, regarding the chopping off of extra branches of a tree. He has received a BMC notice in the matter.

On the workfront, Rishi Kapoor is all set to make a special appearance in filmmaker Nandita Das’ Manto, a biographical film based on the life of controversial writer Saadat Hasan Manto.

Actor Nawazuddin Siddiqui, who stars in the film playing the titular role in it, took to Twitter to thank the veteran actor for sharing screen space with him. He said, “It was indeed a pleasure sharing the screen with Rishi Kapoor sir, what an amazing energy you possess even now.”