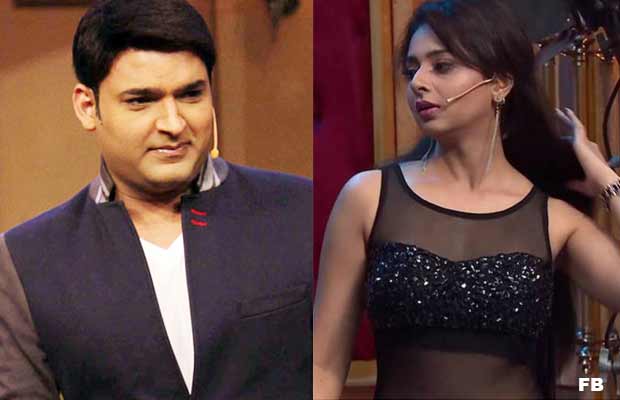 Ever since the never – ending dispute between Kapil Sharma and Sunil Grover got foul, a lot of major characters of ‘The Kapil Sharma Show’ – Sunil Grover, Ali Asgar, Chandan Prabhakar quit the show affecting the TRPs.

Kapil Sharma has been trying really hard to keep the show running by bringing in new characters.

After Raju Srivastava, Rochelle Rao and others, Kapil Sharma has reportedly ushered adult movie actress Monica Castelino to spice up the show.

However, ‘The Kapil Sharma Show’ is a family entertainer and Monica is an adult movie actress who has done films like ‘Kama Sundri’ and ‘Men Not Allowed’. This makes us wonder if the dropping TRPs of the show is the reason for her entry in the show.

In the mean time, Sunil and the team have refused to return on Kapil’s show and are keeping themselves busy with live shows.

The fight between Kapil and Sunil took place a while ago when they were returning after performing stage shows in Melbourne and Sydney. Kapil, under the influence of alcohol was apparently using abrupt language in front of ladies in an Air India flight and when Sunil tried to calm him down, he started abusing and also hit him with a shoe.

People are not accepting Kapil Sharma’s show like before because they don’t find his jokes funny anymore and the key characters leaving the team was another major disappointment for the viewers. It will be a challenge for Monica to do complete justice to the role so that she becomes a viewer favourite