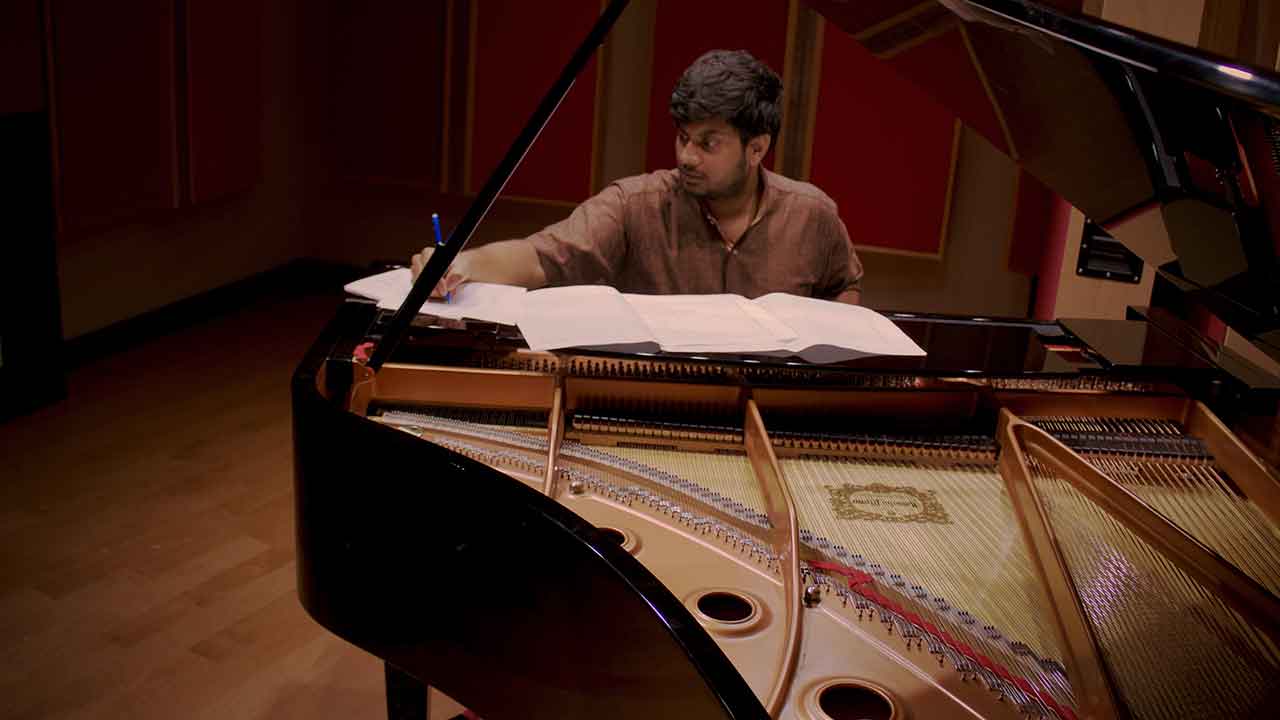 Currently based out of L.A, Chennai born Navneeth Narasimhan never imagined he’d be working with Emmy winning Lucas Vidal for Netflix’s ‘Elite’ when he started learning carnatic music at the age of 5. Initiated as a singer into music at an early age, Navneeth learnt the violin and piano along with singing and by 14 he was already making television appearances.

Recognizing that music is his calling, Narasimhan enrolled into Swarnabhoomi Academy of Music (SAM) to hone his talent further. It was at SAM’s that Navneeth studied and seasoned in Guitar and world music – Jazz, Latin and Cuban to name a few. Guitar Prasanna and Mandolin Srinivas too guided Navneeth during his learning days. His compositional work on award winning short film, Khandava Parvam won Navneeth a lot of accolades. It was a healthy fusion of Indian and western style music and was appreciated by all globally.

Soon after Chennai, he moved to Mumbai and worked at cotton press studios as a sound engineer. Working with Karsh Kale, Blackstrat blues and the Colour Compound was an enriching phase for Navneeth. Along with sound engineering, he also scored music for advertisements and realized he thoroughly enjoyed the process.

He moved to the US and enrolled in the Berklee school of music to learn film scoring and composition. He went on to work with Oscar winning composer Heitor Pereira before working with Lucas Vidal, an Emmy award winner. Apart from Elite, Navneeth is currently working on Paradise Hills starring Emma Roberts.

He will soon start co-composing  with Mark Petrie for a short film ‘Things that Fall’. He is also planning to release a music album for film trailers in April.