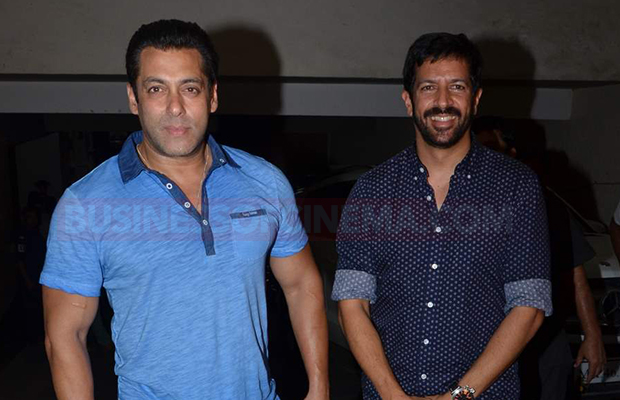 [tps_footer]The only Salman Khan for which everyone is concerned about is ‘Sultan.’ ‘Sultan‘ has created the much-required hype and excitement throughout the country. The film is going to release in a weeks time and everyone is excited to watch this sports-oriented film starring Anushka Sharma and Salman Khan in the lead role. But what is now gathering all the attention is Salman Khan‘s next film Tubelight which going to be directed by Kabir Khan. Kabir and Salman have given two superhits and are quite comfortable with each other.

The much-speculated film Tubelight was said to be made on Indio-China war with a lot of political undertones. It was also rumoured that Sohail Khan will also play a crucial role in the film and that the heroine will be a Chinese actress. But now according to sources, Kabir Khan’s Tubelight, starring Salman Khan and Sohail Khan, goes on floors this July. The film, set in the 1960s, will first camp at Ladakh, later moving on to Kashmir. The film is based on the backdrop of the Sino-Indian war of 1962, where a disputed Himalayan border served as the main pretext for the war.

Dismissing all the rumours, the sources further revealed that Sohail is not playing the role of the mute guy in the film. In fact, Sohail and Salman are playing brothers in the film. When it comes to locations, Salman loved the way they had explored Kashmir in Bajrangi Bhaijaan and now he wants Kabir to explore Ladakh and then Kashmir in the film. So if the reports have it all then the film might be shot in Ladakh and Kashmir.

Well we are really excited for the official announcement of this film, aren’t you?[/tps_footer]