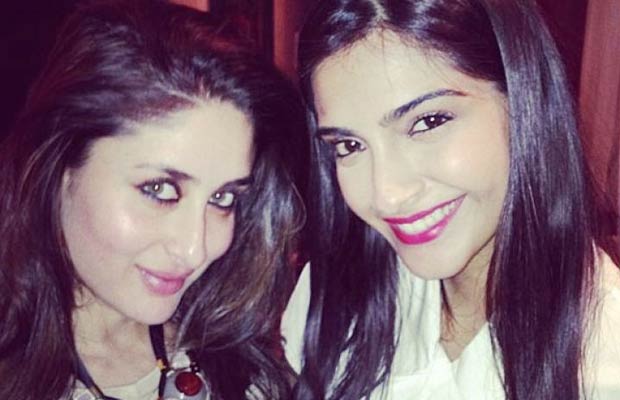 [tps_footer]The industry is abuzz with weird collaborations and the two super actresses of the tinsel town now also have joined hands. Gorgeous actresses Sonam Kapoor and Kareena Kapoor Khan will finally share screen space together. Rumor mills were already filled with the stated speculations and finally the news is confirmed.

Reports state that Sonam and Kareena are all geared up for starring together in the film ‘Veere Di Wedding’. The movie is helmed by Ekta Kapoor and Rhea Kapoor. The cherry on the cake is that the movie will also feature actresses Swara Bhaskar and Shikha Talsania. With so many powerful women in one film it can be well assumed that the subject of the film will deal with the female clan.

Reports further state that ‘Veere Di Wedding’ will be directed by Shashanka Ghosh. The plot of the film is speculated to be around modern women of the country. The film will not be a serious one, but will instead be a fun filled flick. After the successful film ‘Neerja’, Sonam has not confirmed on any project and ‘Veere Di Wedding’ is now officially on the go. Likewise, after ‘Ki and Ka’, Kareena was also on the hunt for a credible project.

The film will begin with its shooting schedule in Delhi and after the completion of the same; the whole crew will march to Thailand. Style icon Sonam Kapoor who is active on her social media accounts, took to the photo sharing app Instagram and posted a picture of the actresses. The actress confirmed the news by captioning the photo as, “#veerediwedding my next!! @rheakapoor #kareenakapoor @reallyswara @shikhatalsania @ekmainaurektu7 #breakingboundaries #newage #feminism.” 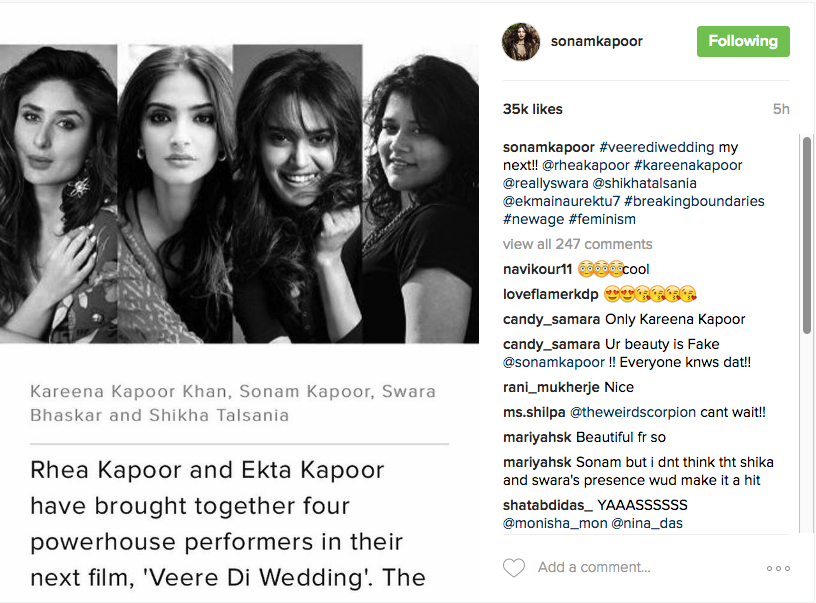 Well, we can hardly wait for this film to start rolling![/tps_footer]