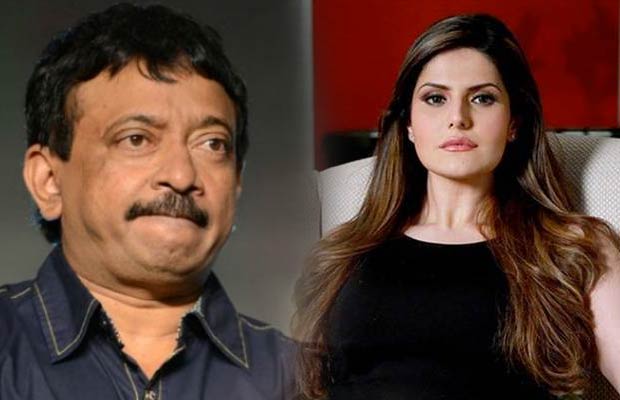 Fourteen years after Isha Koppikar sizzled in “Khallaas“ in Ram Gopal Varma‘s gangster thriller, Company, the filmmaker is gearing up to recreate the special number for his Veerappan biopic.

Ram Gopal Varma Veerappans plot covers Asia’s biggest manhunt in history, the hunt for Koose Muniswamy Veerappan, also known as bandit Veerappan. While the 2002 film featured Ajay Devgn, Vivek Oberoi and Manisha Koirala, the biopic has Sandeep Bharadwaj in the titular character, and Lisa Ray. Zareen Khan, who made waves with her bold turn in Hate Story 3, steps into Isha‘s shoes in the song.

“The lyrics, `Bachke tu rehna re… Nahin duja mauka milega sambhalna,’ literally hint at Darwin’s ‘survival of the fittest’ theory. Now the lyrics have been reworked to “Khallas Veerappan“, but its spirit remains the same, with a sexy Zareen dancing in the forest,“ RGV informs Mirror.

Following a three-day prep which wrapped up today, the actress will shoot the fire-andwater sequence with laser beams flashing in the backdrop. “It is a surreal setting that brings out the wildness of the jungle. Some feel that the film glorifies slain sandal wood smuggler Veerappan but once the song is out, they will only be talking about how Zareen `sexifies’ it,“ the film maker states, adding that the new “Khallas“ comes at a time when everyone knows Veerappan is going to be killed. “It is pure evil!“ Zareen adds, “The manner in which the song has been picturised is something that has never been explored before. Though I had very little time to prepare for it, I’m really excited because I will be sport ing a completely different look.“

RGV is hoping to re-invent himself with this comeback of sorts. “I looked at the last few films I directed and realised that I did not want to be repetitive. A director is as good as the subject he chooses and with this crimi nal who murdered 97 men, I am back in Bollywood,“ he smiles. RGV seems to be back with what he excels in. Dark, dramatised portrayal of reality has been filmmaker’s forte and this film exactly emits that. The film is produced by Sachiin Joshi‘s Viiking Media and Entertainment and is striking in Cinemas on 27th May.[/tps_footer]