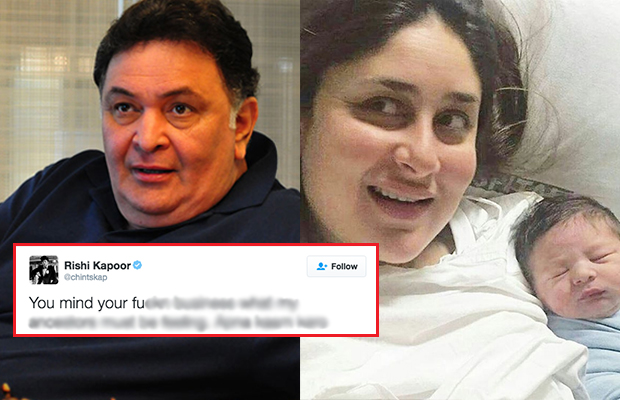 From declaring pregnancy to flaunting her baby in tummy, Kareena left no room to make her baby boy Taimur a star. Two days ago when Kareena Kapoor brought Taimur into the world, he was in the news when the Kapoor and Khan family tweeted their moments of joy. But the news actually was made when the proud parents declared their son’s name as Taimur.

Well! Taimur’s name is the hot news since he is named after the founder of Timurid dynasty and empire, Tamerlane.

India, where trolling people over the smallest issue is a must to do, haters immediately started trolling the baby boy’s name and making rude comments about naming their son after Tamerlane.

The reason why people have taken offence over the name is because Taimur reminds them of the conqueror Timur who was believed to be a cruel king who conquered many Muslim regions of Central Asia and India.

When granduncle Rishi Kapoor found out about the trolls, he took on to Twitter and expressed his disgust.

Let’s see what the actor said over Taimur‘s controversy: CLICK NEXT TO KNOW!