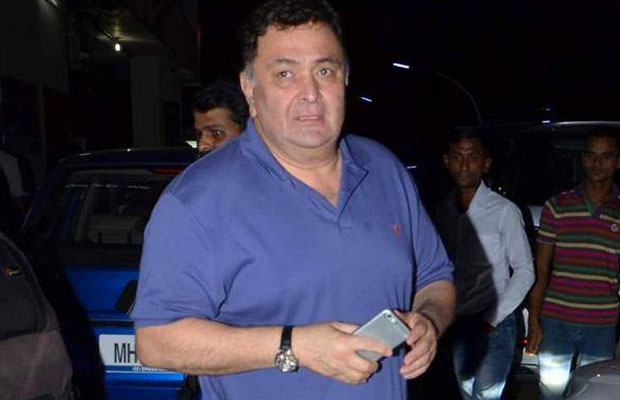 Rishi Kapoor generally has a very chilled out and fun loving attitude.

However, the actor often gets quite angry pointlessly with the media and is known to resort to a very rude and offensive behavior with journalists and photographers.

Well, the actor has done it again.

Rishi Kapoor was recently spotted walking out of a multiplex. The actor, who went to the multiplex to watch a movie was seeing exiting the theatre with wife Neetu Kapoor.

The episode began when the couple was spotted by a photographer present there.

The photographer began clicking the couple and that is when Rishi Kapoor lost his cool and began behaving rudely with the photographer.

Well, this was definitely not the first time something like this happened.

However, Rishi Kapoor went a step ahead this time and even went to an extent of abusing the photographer.

Well, the actor might not have liked the photographer clicking pictures of the couple, but he could have requested him in a polite language.

We request the actor be a bit polite the next time and try handling issues with the media in a friendly way.