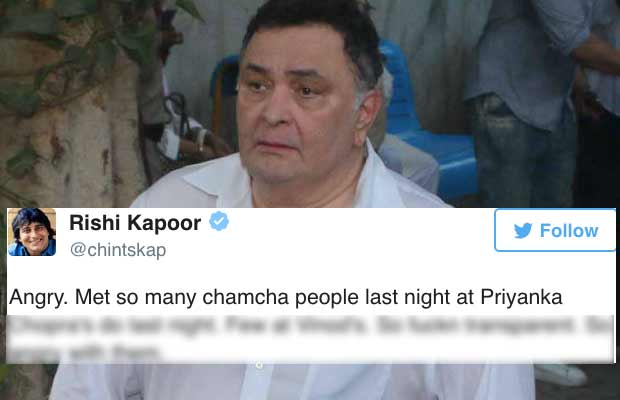 Angry Rishi Kapoor took to Twitter and wrote, “Shameful. Not ONE actor of this generation attended Vinod Khanna’s funeral. And that too he has worked with them. Must learn to respect. Why this? Including mine and thereafter.When I die, I must be prepared.None will shoulder me. Very very angry with today’s so called stars. 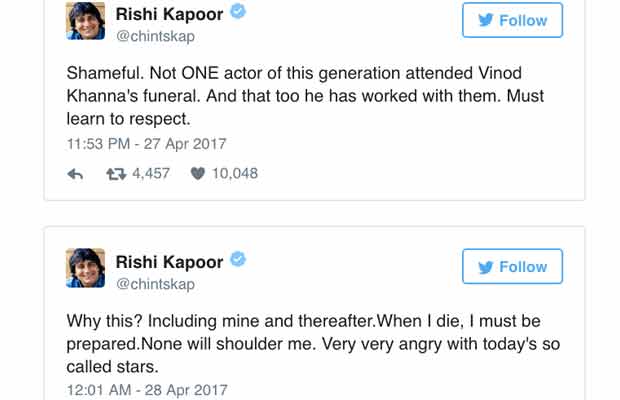 That’s not all, in a series of tweet, Rishi Kapoor called Bollywood stars ‘chamchas’ as they were present for the party hosted by Priyanka Chopra, which took place a day before but didn’t attend Vinod Khanna’s funeral. 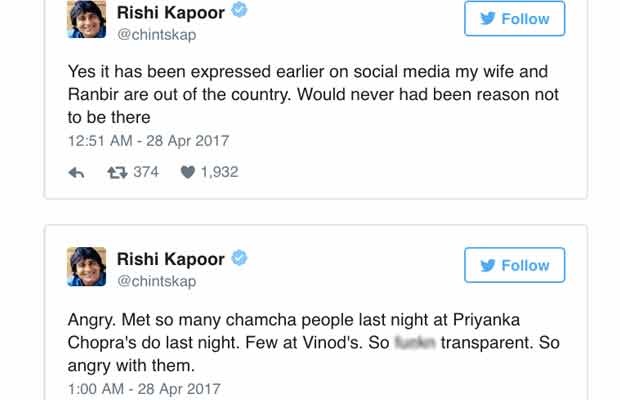 Many young B-town stars took to Twitter to pay respect for Vinod Khanna, but very few attended his funeral that took place yesterday in Worli. This has angered Rishi Kapoor.

Among others who attended the funeral along with Gulzar, Subhash Ghai, Ramesh Taurani and Ramesh Sippy.