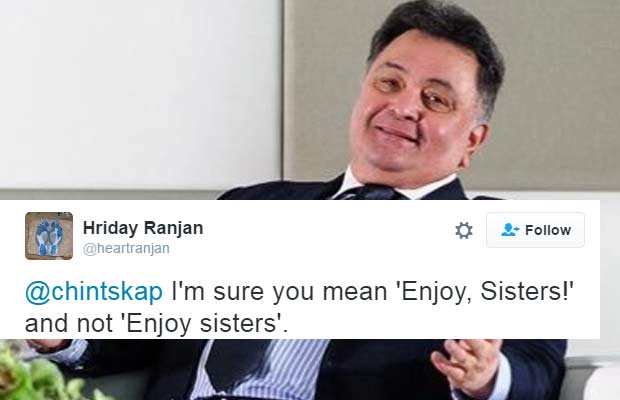 Rishi Kapoor is back with his ROFL tweets. Today is the occasion of Raksha Bandhan where sisters tie rakhi to her brothers so that they do Raksha i.e take care of their sisters. But on this festive day, Rishi Kapoor didn’t stop himself to tweet a hilarious post and this time the target is actress Rakhee Gulzar. Have a look: 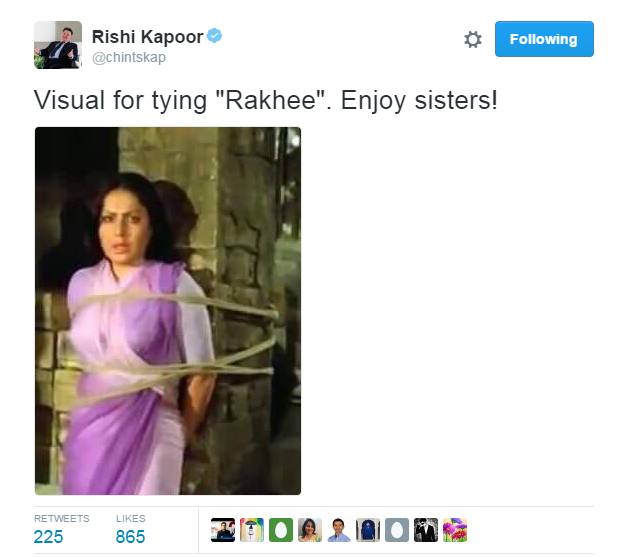 Looking at his tweet some fount it funny but some are disappointed and some pointed out his grammatical mistakes.

Man who pointed out the comma difference

The one who meant don’t copy

Does he mean Rishi Kapoor’s tweet is a ‘poor joke’?

She had a Heart Laugh!

Did he tell Rishi Kapoor needs to learn to crack jokes?

Let us see how media react to such tweets. Earlier too Rishi Kapoor tweeted humour stuff which landed him in trouble. Like the one he tweeted on Hillary Clinton: 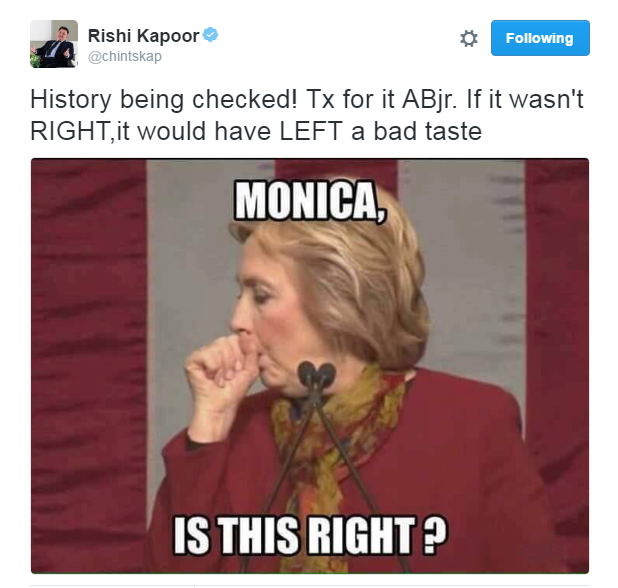 Then the other one was on Kim Kardashian where he compared the Hollywood celebrity with a bag of onions: 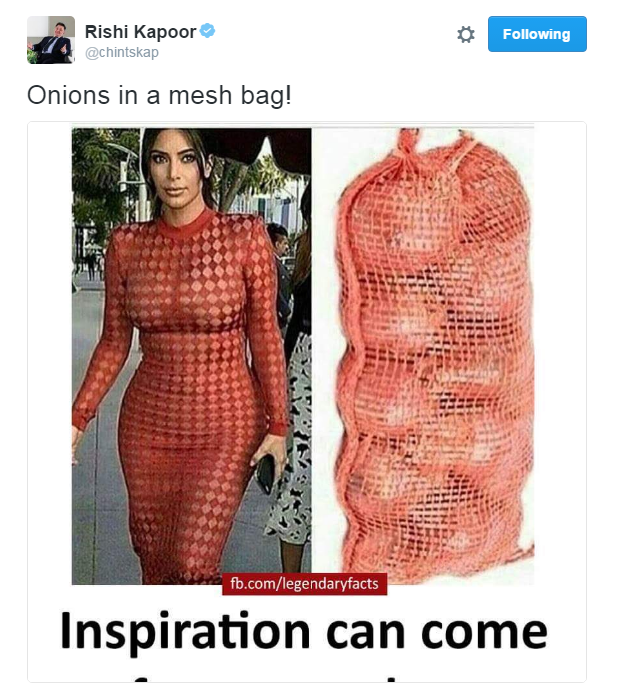 Don’t know what is the intention of Rishi Kapoor to do such tweets?

What do you think people?