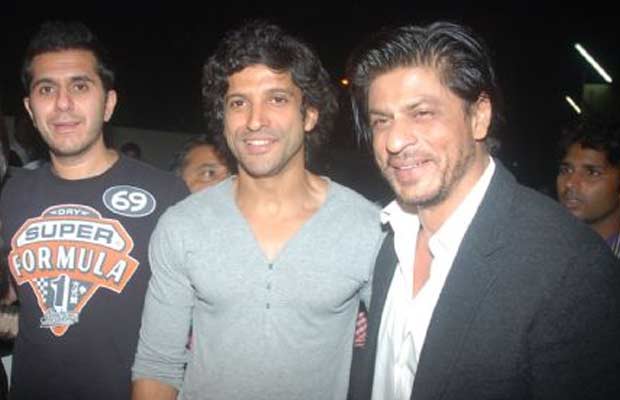 [tps_footer]Ever since Farhan Akhtar directed the much talked-about sequel to his 2006 hit, Don, he has constantly been bombarded with queries about the franchise’s third instalment.

A few days back, Farhan had said that even though he is excited that people want to see it, he doesn’t have a script for the project yet.

The makers have now hit upon an idea for the third part, and they’re very excited about it.

“Yes, we have an idea, and we are now going to put it into the scripting stage. We want to make Don 3; there’s a 100% confirmation on that. So, we are surely thinking about it. And it’s going to happen,” says producer Ritesh Sidhwani.

When asked about a possible deadline for the film, Ritesh said, “We will do it (decide upon a deadline) soon. Earlier, we were just thinking about it. But now that we have an idea, Farhan is going to start writing it.”

Producer Ritesh Sidhwani is currently all geared up for his 3 big releases this year, with Baar Baar Dekho, Rock On 2 and Raees set to hit celluloid.[/tps_footer]