Superstar Rajinikanth and Akshay Kumar starrer Robot 2.0 first look was unveiled yesterday at YRF studios in a much grand affair. The grand launch witnessed Amy Jackson, Rajinikanth, Akshay Kumar, Karan Johar, A R Rahman and many others in the guest list. The sequel to Enthiran (Robo in Telugu and Robot in Hindi) is touted to be one of the biggest projects of Indian Cinema in rank with Baahubali with around 350 crore budget.

Coming to the first look of the film,  Akshay who plays a baddie in 2.0 fierce with long nails, golden eyes and shaggy eyebrows. Akshay  shared the first look with the caption saying, “Evil has a new face! @2Point0 #3Diwali2017 #2PointOFLaunch.” 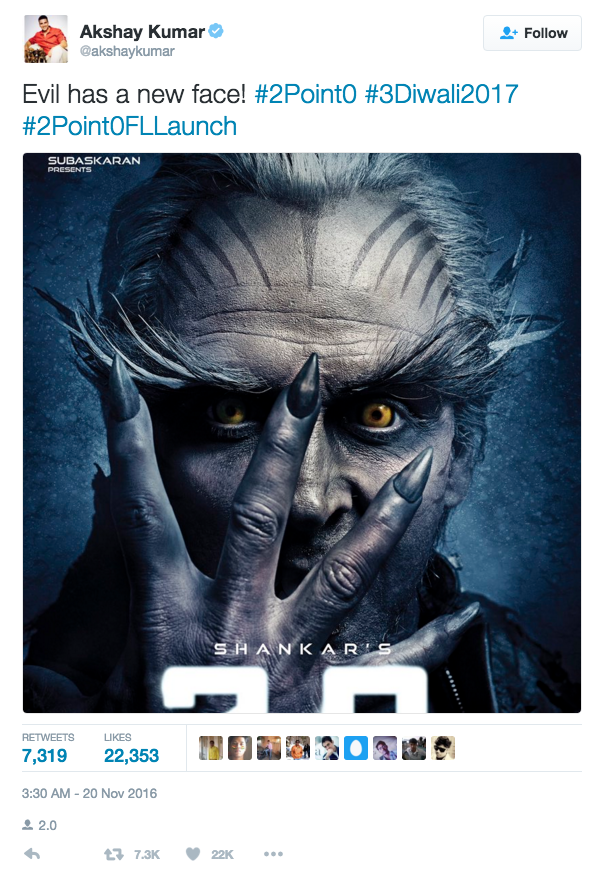 On the other hand, Rajinikanth’s look is much similar to his Robot look, cool and stylish. 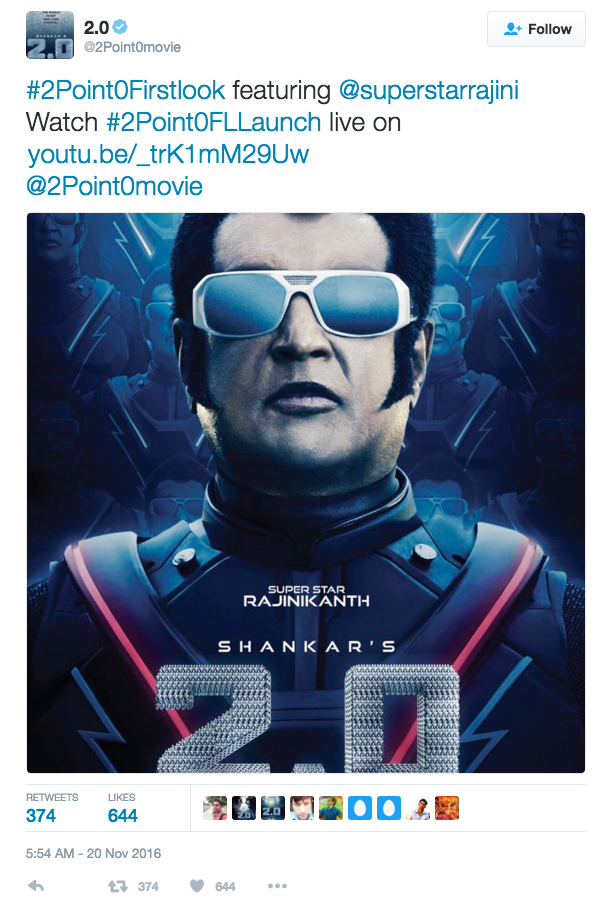 The other poster sees humans clashing with Robots as the second poster of the movie has a tagline saying, “The world is not only for humans.”  Going by the poster it looks the two are all set for the battle. 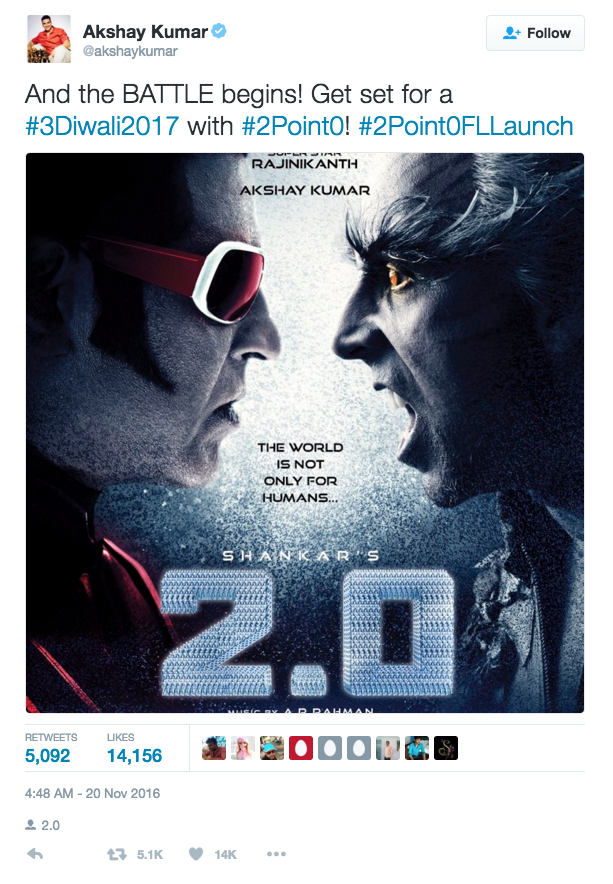