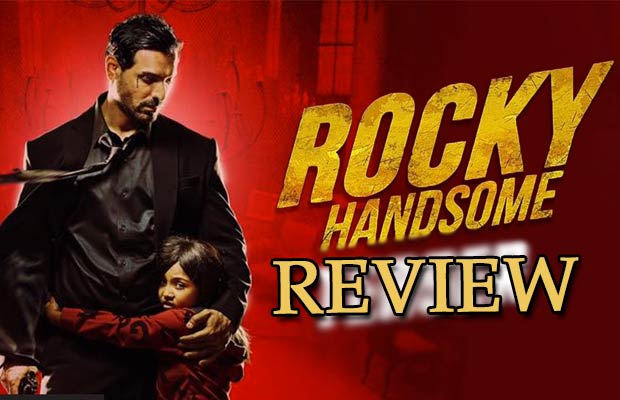 [tps_footer]Director Nishikant Kamat, who has previously remade the Hindi versions of ‘Force’ and ‘Drishyam’, takes on the remake of Korean action thriller ‘The Man From Nowhere’. He also decides he should play the part of one of the central baddies. Big mistake, because with ‘Rocky Handsome’ Kamat neither showcases his acting or his directorial abilities with any degree of respectability.

But the film is not so much about Kamat’s evil drug dealer-organ trader-cartel boss Kevin and his demented brother Luke (Teddy Maurya). Rather it is the story of a mysterious brooding man who runs a pawnshop in Goa. His neighbours call him Handsome (John Abraham). One such neighbour is a precocious young girl Naomi (Diya Chalwad in a very bad wig) who is seemingly Handsome’s only friend. When Kevin’s henchmen take her and her druggie mother (Nathalia Kaur) away, the robotic Handsome comes to life and sprints down the street in the chase. He doesn’t catch them then but he embarks on a mission to try and save both the girls.

The cops too are hot on the tails of the gang-lords while also trying to piece together of this high skilled fighter. We later learn about Handsome’s past and his previous life in which he was a jollier married man until tragedy struck.

The script (adapted by Ritesh Shah) pays lip service to everything from child trafficking and drug dealing to illegal organ trade and the Russian mafia. Kamat hopes that he can compensate for what the script lacks emotionally and logically by introducing some tightly choreographed and breathlessly edited action sequences. But the three main high-octane action sequences simply make you wonder what exactly Abraham’s training in various forms of martial arts was actually about. He is far from agile and rather too bulky to execute fluid moves. The pace of the narrative is further punctured by the music which just does not match the mood or pace.

‘Rocky Handsome’ might appeal to fans of the testosterone-fuelled action genre only though even they might want to rent the original instead.