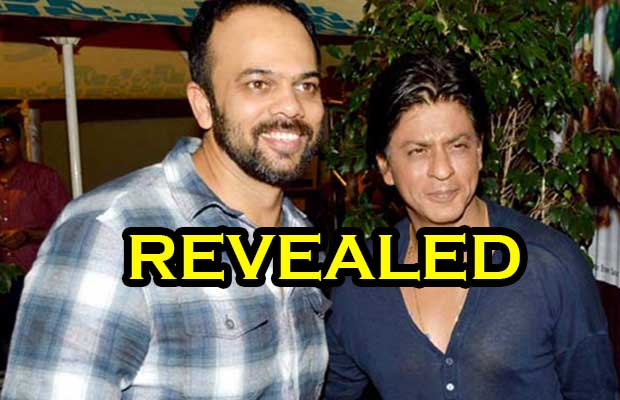 [tps_footer]Rohit Shetty and Shah Rukh Khan last teamed up for the film ‘Dilwale’. Since, the success of their last movie, there have been many reports regarding their future venture. It was said that Shah Rukh Khan and Rohit Shetty will yet again collaborate for a humongous project. The filmmaker was also in news for the remake of the movie ‘Ram Lakhan’.

Rohit and SRK are regarded as the powerhouses. The two talented bundles have given massive hits with ‘Chennai Express’ and ‘Dilwale’. It was surely not shocking when speculations about their upcoming project came about. It was reported that the Singham director is planning to remake the Tamil film ‘Theri’ with King Khan.

Speculations making rounds stated that Shetty is all geared up for the Hindi remake of ‘Theri’ with SRK in the lead. Well, seems like nothing of that sort is going to happen. According to a leading daily, when Rohit Shetty was called to confirm the remake of ‘Theri’ with King Khan, he replied, “These rumors are not true.”

Well, the Chennai Express director not only replied in the negative but also hinted at the fact that there is no such remake on the cards. We might have to wait a little longer to see these two honchos collaborating. ‘Theri’ is the Tamil film which starred Vijay in the main lead. The movie broke many box office records and was also loved by the audience.

On the work front, Shah Rukh Khan is currently all charged up for his film ‘Raees’. The superstar will also be seen in Gauri Shinde’s next. [/tps_footer]