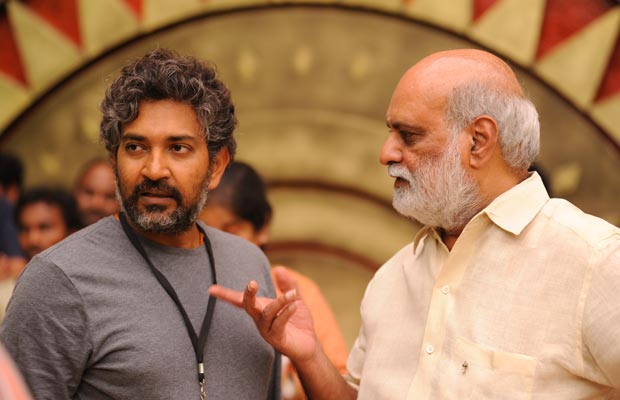 [tps_footer]Filmmaker S.S. Rajamouli is being extra cautious with his highly anticipated next film ‘Baahubali 2′ and for the same he has imposed strict rules. The director does not want to take any chances with any kinds of leaks and piracy issues during the making of the film and for the very same reason, he has created a new rule of no cell phones on the sets of ‘Baahubali 2′. Leaks from inside the sets have released since the past couple of months in South film industry and for the same, S.S. Rajamouli has planned to take measures.

The director has personally urged his cast and crew members not to carry their cell phones during any day of shooting throughout the completion of the schedule. He does not want any inside news releasing to the press till the time he personally decides to reveal the same. Well must say, it is a really bold step taken by the director and we must commend the dedication of the actors and crew members also towards their film director.

‘Baahubali 2’ has already become one of the most highly anticipated films. With the latest buzz speculations suggest that S.S. Rajamouli‘s magnum opus ‘Baahubali 2′ and Aamir Khan‘s highly anticipated film ‘Dangal’ might clash at the box office in Christmas 2016. While ‘Dangal’ has already started shooting and had been eyeing the Christmas date since a long time, Rajamouli’s venture will begin shortly after Pongal.

Both the films are giant in their own manner, and a clash between them would be nothing less than epic. Aamir Khan is known for his Christmas releases so ‘Dangal‘ can surely be expected to release during December 2016. With ‘Bajirao Mastani’ and ‘Dilwale’ clashing this December, it seems like big budget films are no longer scared of sharing the same release date. Only time will tell if ‘Baahubali 2′ and ‘Dangal’ clash next during Christmas 2016.[/tps_footer]