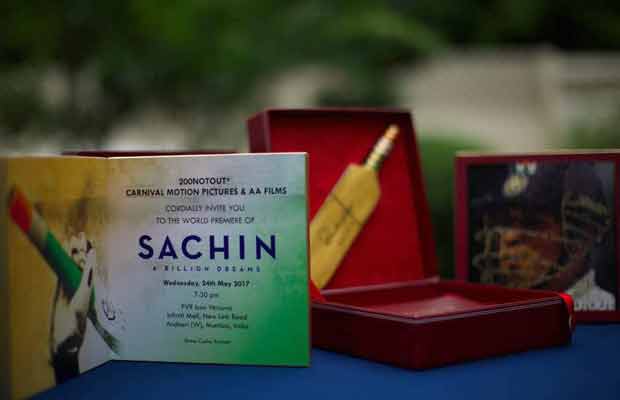 Sachin has paved his way, with his umpteen effort and accomplishments to become a legendary cricket star who is revered across a country, where cricket is not a game but rather considered as a religion and  it was only time that a film got made on Sachin Tendulkar, the very man who, single-handedly brought laurels and glories galore to India.

The resultant of all this was in the form of a film named Sachin: A Billion Dreams, which has been based on the life of Sachin Tendulkar.

A grand premiere of Sachin: A billion dreams for the Bollywood and cricket fraternity has been organised on 24th May, 2017, and the invites that have been sent out for the premiere are no less than a cricket fanatic’s dream.

The much-anticipated film of the year will see a grand premiere, preparations for which have been already made. The invites consist of a mini bat with the master blasters autograph.

The master blaster is one of the most celebrated names in Cricketing History and the makers are leaving no stone unturned to host a grand premiere for his upcoming movie.

Sachin: A billion dreams sketches the life story of the cricketer. The film will not only take us down a memory lane with the portrayal of his journey, but will also give us insights into his personal life.

Sachin: A billion dreams, written and directed by James Erskine and produced by Ravi Bhagchandka and Carnival Motion Pictures under 200 NotOut Productions is scheduled to be released on 26 May 2017. 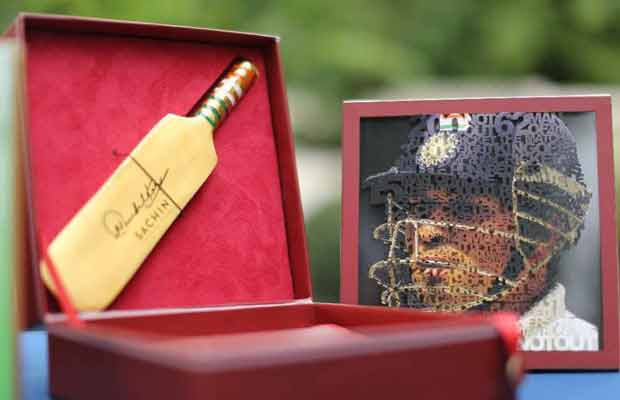