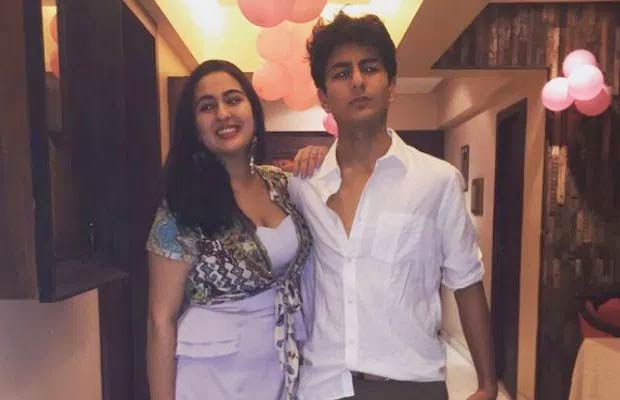 While her Bollywood debut is awaited, rumours are doing rounds that the pretty girl is dating a top politician’s grandson. According to reports, Sara Khan is in a steady relationship with former union minister Sushil Kumar Shinde’s maternal grandson Veer Pahariya. Reports suggest that Veer Pahariya is Mumbai-Delhi lad and has completed his studies in Dubai. It is also said that he is aiming to be a pop star.

Moreover, the highlight of Sara‘s alleged relationship is that she is dating a top politician’s grandson, which has actually become a talk of the town. Few pictures of the couple are also rotating on social media. In fact, Sara Ali Khan had spoken about Veer on ask.fm. She said, “He doesn’t mind road ka dosa, he is super sensitive, and he’s the kind of guy you want to walk on the beach with.”

Meanwhile, from a quiet some time, there are rumours that Karan Johar is all set to build up her career by signing her for Student Of The Year 2. There has been no confirmation on the same yet.[/tps_footer]