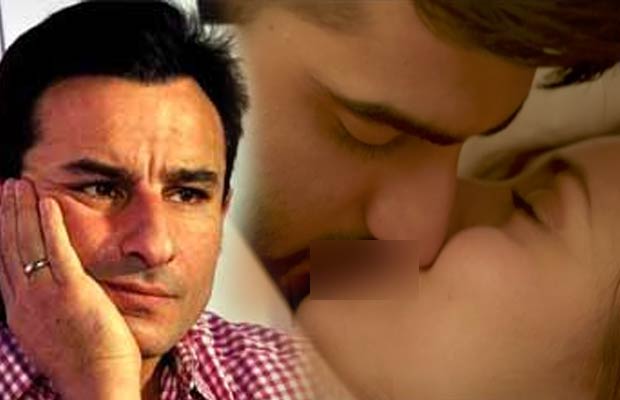 [tps_footer]It’s always difficult for anyone to keep their words but for Stars it’s even more difficult. You never know what they will have to do as per the requirements of the script or for public demand. For now, it’s the breaking of “no kissing policy” of Kareena Kapoor Khan that is shocking everyone and making news.

Saif Ali Khan and Kareena Kapoor Khan tied the knot in 2012 and they kept refusing kissing scenes in the movies. But now, Bebo has broken this deal and has kissed none other than “Ishaqzaade” Arjun Kapoor. This kiss is viral now and so is Kareena‘s comment on Arjun being a good kisser. The poster of her movie with Arjun Kapoor “Ki and Ka” is viral now, it’s a hot and sweet kissing pose between the two of them. Why won’t it get viral ???

And Kareena‘s “u-turn” on her no kissing policy is epic !! When she was asked about her breaking the deal of no kissing on screen, she said, “I had read there was a no kissing policy. But I don’t know where is it coming from. Why is it such a big deal ?” and that’s about it. Excuse me Bebo !! What about you and Saif, accepting no kissing policy on Koffee with Karan. You forgot that but we didn’t !!! These Stars forget their words and actions pretty fast and poor media people face the heat. But honestly, here, their is someone else who will be burning even more than what anyone of us will. Ya, you guessed it right. Saif Ali Khan, would be furious over this and would have be shocked too, hope we get to see some reactions from him openly about Bebo breaking the deal of no kissing on screen.[/tps_footer]