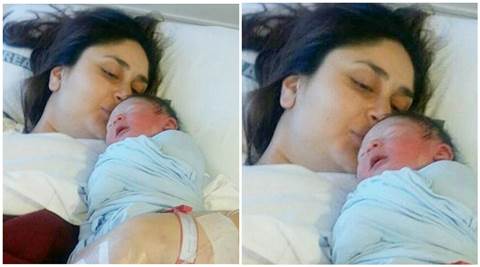 Kareena Kapoor Khan and Saif Ali Khan were blessed with a baby boy on 20 December 2016 who was named Taimur Ali Khan Pataudi.

As much as the fans were rejoicing that the name Saifeena wasn’t even considered, not everyone seemed pleased with the name Taimur Ali. Moments after the birth of the little nawab, he was trending on Twitter, while the Twitteraitis were guessing what the name could mean and trolling by the way of opinions.

We thought, it would be nice to know what Taimur Ali actually means. The word ‘Taimur’ in Arabic means Iron. Also, 14th century’s Turco-Mongol conqueror and the founder of the Timurid Empire in Persia went by the name Timur.

Further as the way of fun facts, there is an American site claims that Taimur is a very rare first name and no one has used it in the US since 2003. Further adding to the statistics it says that there are only 46 people in USA with the name Taimur.

Now, we don’t know how rare it will remain, considering India is a Bollywood crazy nation and ape the names of star kids for their own kids.

Also, they chose a name with historical relevance is not surprising. Why? Well, in a candid conversation with Neha Dhupia on her audio chat show, No Filter Neha, Kareena said, “Saif is a historian and would want a traditional old school name.”