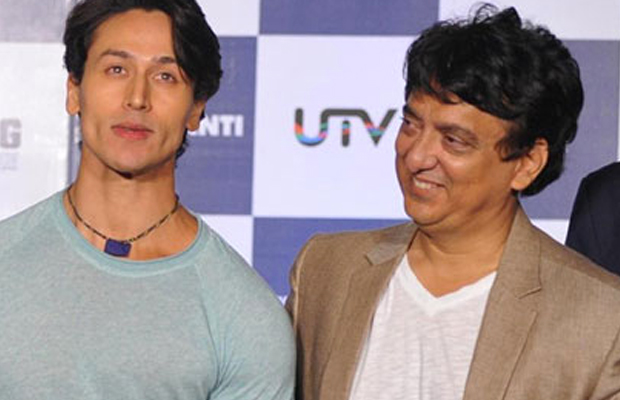 Our hearts particularly melted at Tiger Shroff‘s overwhelming gift to Sajid Nadiadwala.
Actor Tiger Shroff, son of actor Jackie Shroff made his debut in Bollywood with Heropanti (2014), which was produced under the banner of NGE, and since then Tiger has always looked up to Sajid as his mentor.

The actor took to twitter and posted a beautiful video, which was a mash-up of songs from films which were made under the NGE banner.

The video comprised of an entire aura, right from the melodies of Tu na jaane aas paas he khuda to catchy Bollywood hits like Hey Babbyy.

We cannot stop watching the video on repeat but what really pleased the eye was Tiger’s caption, “Happy birthday to another father figure in my life! Love you!”

Sajid and Tiger indeed share a special chemistry, evident by the magic created in Baaghi as well.
The duo has always worked wonders and entertained the audience with power packed performances.

Their bond is indeed unquestionable, and it is beyond endearing to see such a lovely present coming from a pupil to his guru.