Don’t worry there are no spoilers what so ever! Continue reading.

Finally, the much controversial Ae Dil Hai Mushkhil has finally hit the theatres and received a mix response from the audience.

But the uniformity of opinion is about Aishwarya Rai Bachchan’s stellar performance!! Amongst everything else around that, there is this one scene with bears striking resemblance to something that’s been there in another iconic film of Aish of the late 1990s.

That movie is none other than Sanjay Leela Bhansali’s Hum Dil De Chuke Sanam that made the then real life Jodi of Salman Khan and Aishwarya a hit pair onscreen.

Remember the wedding scene in Hum Dil De Chuke Sanam, where the song Aankhon ki gustakiyan with Salman and Ash having private sneaky moments? Well, a scene so comparable has taken place in ADHM with Ranbir Kapoor and Aishwarya! The scene in question happens during the same wedding where basically Ash is seen talking to her relatives while Salman mimics her moves sitting behind her. The identical scene happens in ADHM where Ash is talking to a few people at a party and Ranbir does the same to her!! This takes place in the Bulleya song. Coincidence? Probably not! 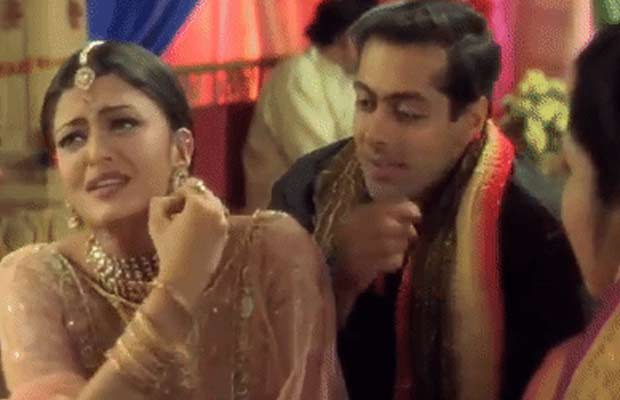 If you are a Salman-Aishwarya fan, it will bring back the memories of the royal love saga of Hum Dil De Chuke Sanam. And if you are an Aishwarya fan, from the trailers and teasers you already know how drop-dead gorgeous she looks!