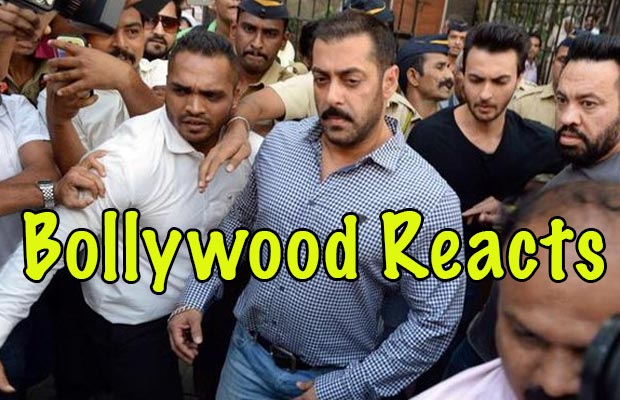 [tps_footer]13 years ago on September 28, 2002, Salman Khan’s car had met with an accident in suburban Bandra, killing one person and injuring four. 13 years after the trial began, Salman Khan’s 2002 hit and run case came to end on May 6 where session court found him guilty and sentenced him for five years jail, convicted under all charges. Two days later, sentence was suspended on May 8th and bail was granted.

Actor Salman Khan is a free man after being acquitted of all charges in the 2002 hit-and-run case by the Bombay High Court. On Twitter, his friends and Bollywood celebrities have rushed to post updates about how thrilled they are. Bollywood colleagues, who tweeted in support of Salman Khan, included director Subhash Ghai, who co-produced the remake of his film ‘Hero’ with Salman this year, and Milap Zaveri, writer of Salman’s 2005 film ‘Lucky: No Time For Love’. Singer Mika Singh and Censor Board member Ashoke Pandit also tweeted. 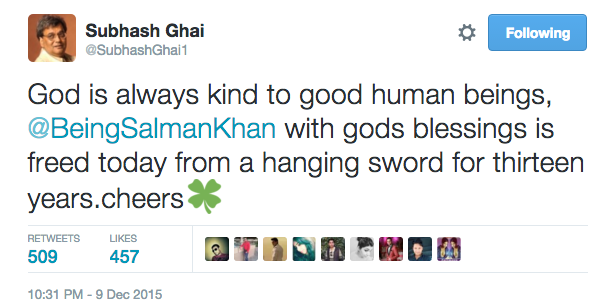 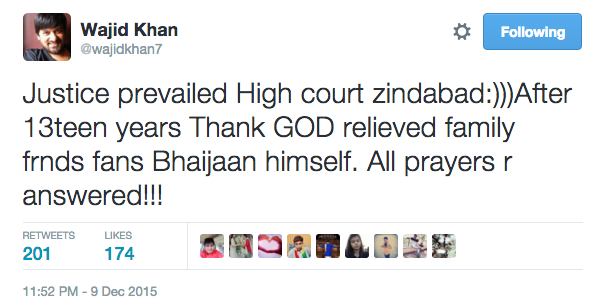 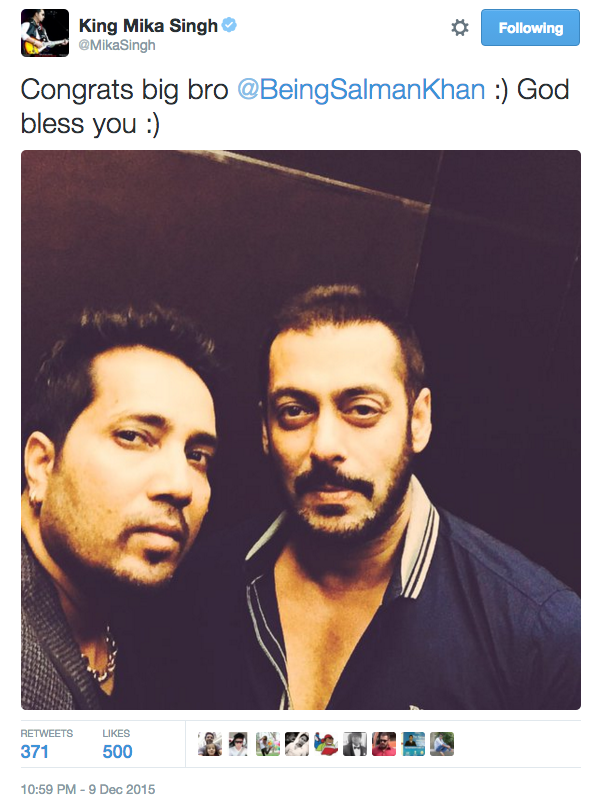 Happy for him his family his friends near n dear ones n his fans Rabb Rakha Allah negehban pic.twitter.com/XXciRjBlZU

Twitteratis had mixed reaction on Salman Khan’s verdict. Some were very supportive and some were not. Here are some of the tweets. 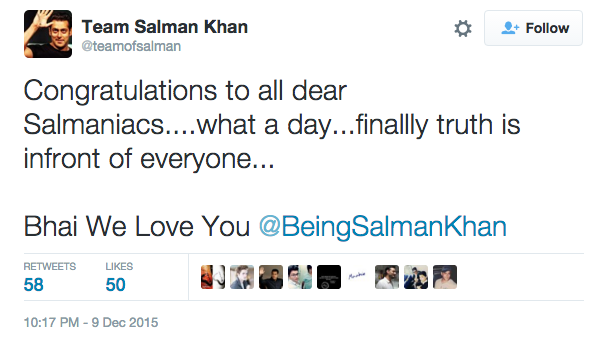 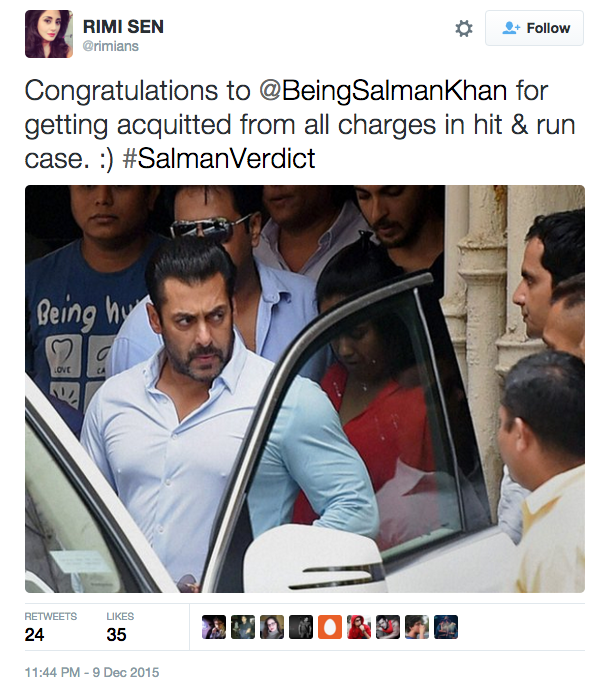 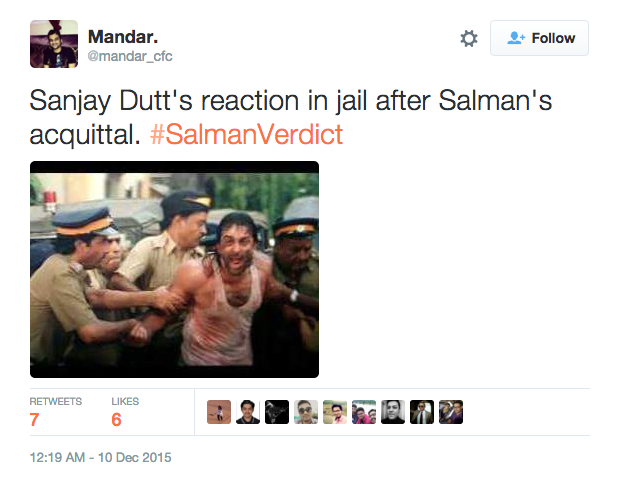 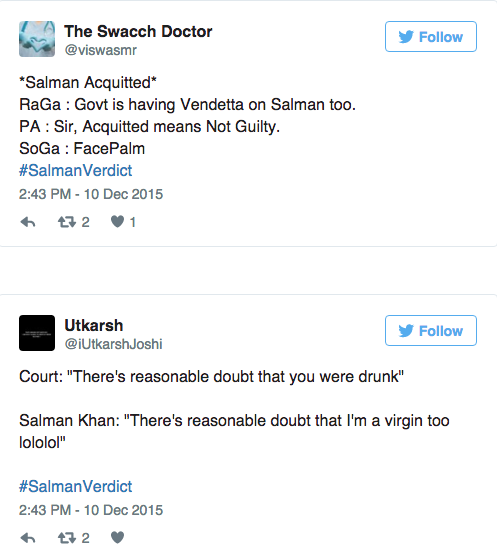 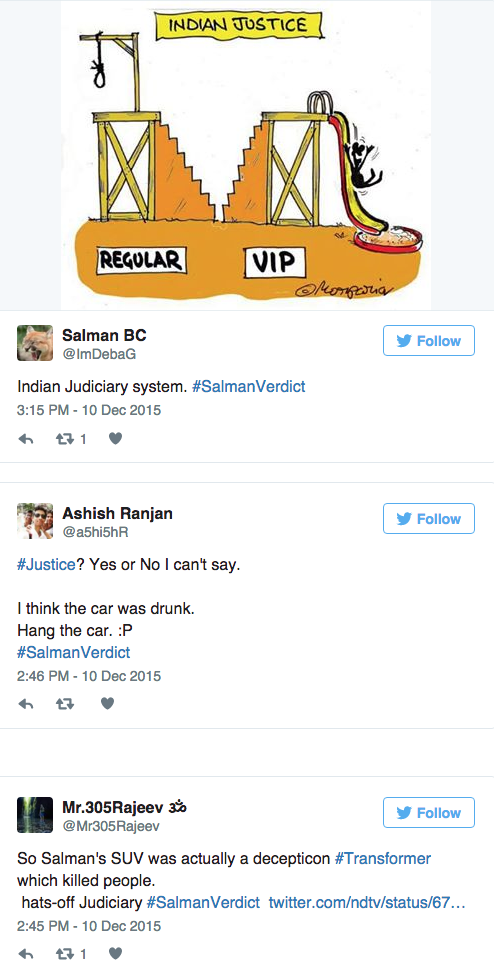 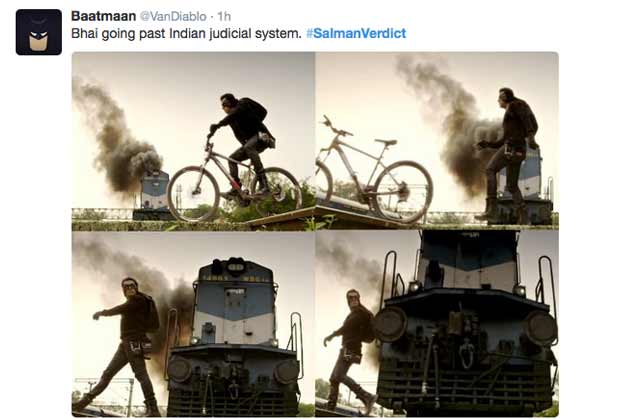 Stay tuned to business of cinema for more Bollywood updates.[/tps_footer]