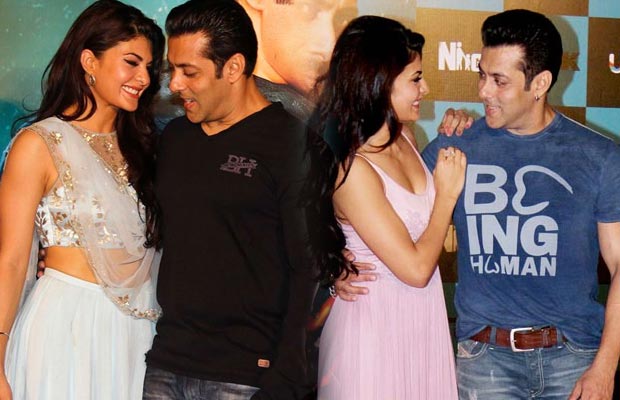 A very happy news for all the fans of the “Blockbuster Jodi” of the movie “Kick”, none other then Salman Khan and Jacqueline Fernandez, as it’s expected to see them together again. It was a sad news, when it was reported earlier that in the sequel of movie “Kick”, Jacqueline will not be part of “Kick 2” and that the makers of “Kick” are looking for another lead actress to cast opposite Salman Khan in “Kick 2“

It was also said that, Kriti Sanon has charmed Salman Khan so much while promoting her Dilwale on Bigg Boss 9 reality show’s set that Salman Khan has suggested Kriti Sanon‘s name for “Kick 2” lead actress to his brother-in-law, Actor-Director-Producer Atul Agnihotri. Although, nothing is finalised yet who will be Salman Khan‘s Kick 2 heroine.

But now, recently there was a controversy about Ali Asgar and Suniel Grover receiving a legal notice from Colors channel, to stop them from performing at a live show in Surat, “Da Bangs” with their Comedy Nights With Kapil show’s avatars of “Dadi” and “Gutthi”. This is the same show where even Salman Khan and Jacqueline are supposed to be part of it and dance on their hit songs. It’s after a long time that we will get to see Dabangg Khan dancing in a live show and Jacqueline Fernandez will join him on this event along with two close friends and actors Elli Avram and Chitrangada Singh. Lauren Gottlieb, fantastic dancer and choreographer will also contribute a lot in burning the dance floor with her moves and give the best live show to Surat.

I hope Surat is ready to face so many Stars at the same time with their back to back performances. And the ones who badly miss the on screen hot couple Salman Khan and Jacqueline Fernandez, will surely get to see them on stage performing live. Hope they sort out their differences too and star in a movie again. “Kick” was a treat to watch because of Salman Khan and Jacqueline Fernandez‘s sizzling chemistry. Will Kriti Sanon and Salman Khan take “Kick 2” to another level of success, if Kriti bags the role then ??? Alia Bhatt, Shraddha Kapoor, Deepika Padukone, who would you like to see in “Kick 2” opposite Salman Khan ??

Already excited imagining about the lead actress of “Kick 2” but wait.. wait.. wait !! That’s for later to think, right now, I am waiting for this live show to happen soon, just as you would be wishing to see Salman and Jacqueline performing on “Hangover teri yaado ka..”[/tps_footer]