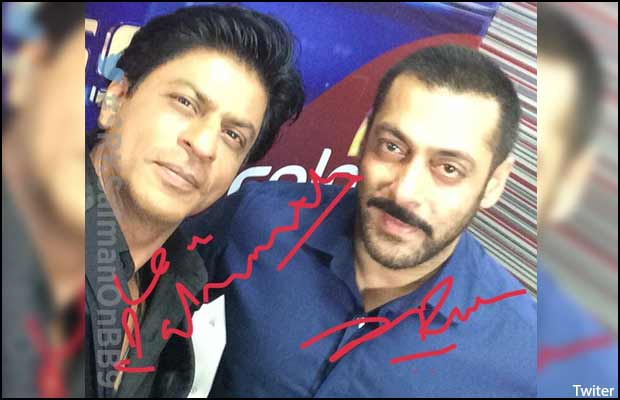 [tps_footer]Salman Khan and Shah Rukh Khan took the television world by a storm with their reunion on the sets of Bigg Boss 9. The two mind blowing stars with largest fan following, are surely giving friendship goals to everyone these days. Shah Rukh Khan and Salman Khan, who were at loggerheads years back, have now become the best buddies of the Bollywood industry. The two magnificent actors have given enough proofs of their bromance on the micro blogging site Twitter.

Recently, Salman and SRK mesmerized the audience with their candidness on the sets of reality show Bigg Boss 9. The two handsome actors not only gave some memorable sights to masses, but also clicked a friendly selfie on the sets of the show.

Shah Rukh Khan visited the sets of Bigg Boss 9 to promote his film ‘Dilwale’. Salman and SRK not only posed for a selfie but also signed the picture. The amazing photograph has already made waves on the social media and the fans can’t stop drooling over the same. The image was posted by the official Twitter handle of Colors and was captioned, “#BhaiBhai.” 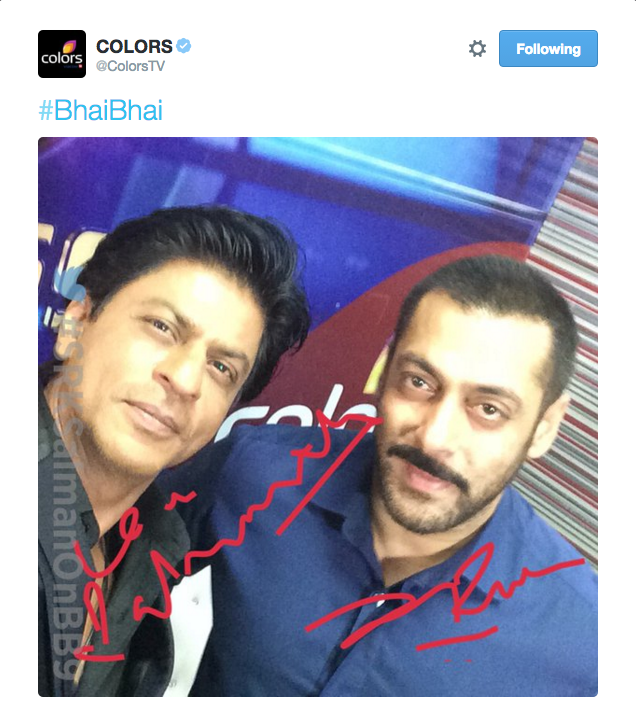 It is also being said that the two actors Salman and King Khan became all nostalgic on the sets of Bigg Boss season 9. Shah Rukh and Salman Khan’s presence on the show Bigg Boss 9 was the most talked about thing recently. The two stars surely gripped the audience with their frank avatars.

Currently, Shah Rukh is on cloud nine with the release of his film ‘Dilwale’.  The entertaining film stars actors Kajol, Varun Dhawan and Kriti Sanon in lead roles apart from SRK, whereas Salman is tied up with Bigg Boss and his upcoming film ‘Sultan’.

Now with such an enchanting selfie we hope that the two talented stars team up for a movie too![/tps_footer]