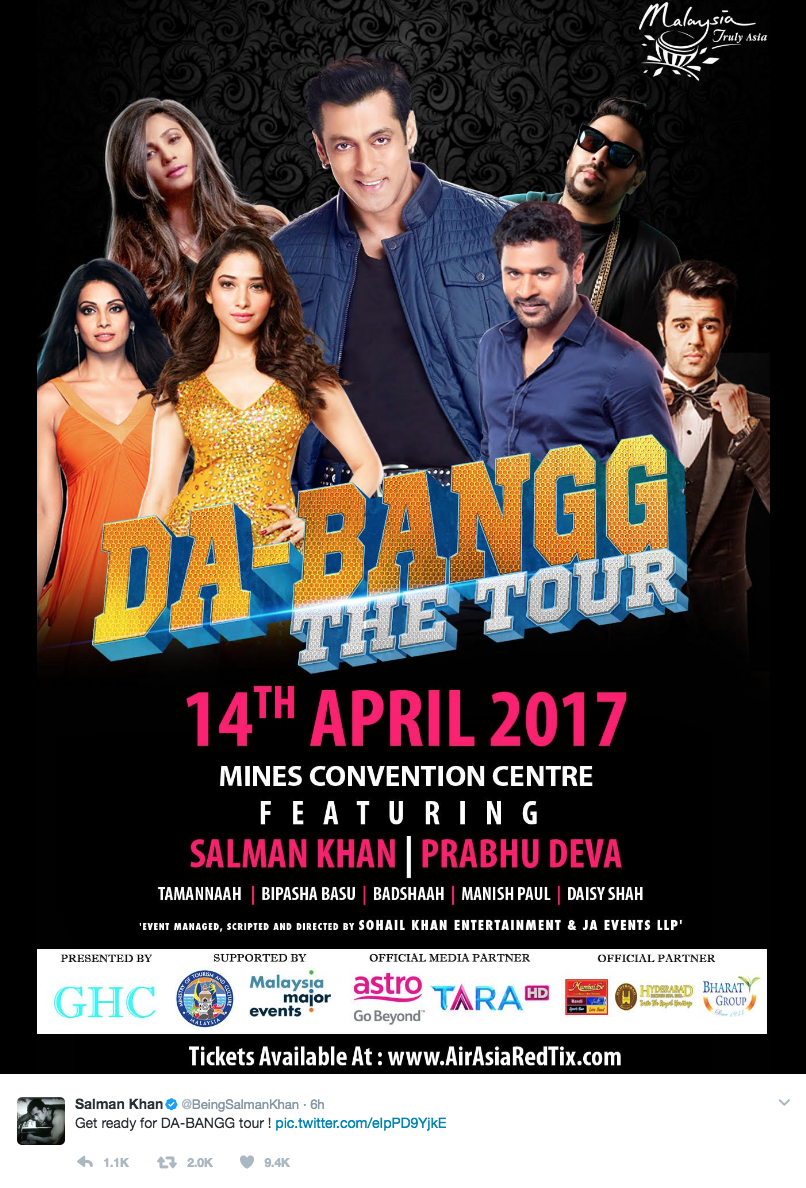 The charismatic Salman Khan is all set to tantalize his fans by leading the Da-Baang tour.

Salman Khan has announced the schedule of his International tour. The tour will take place in Auckland on April 21, 2017, in Sydney on April 22, 2017 and in Melbourne on April 23, 2017. Salman shared the poster of the tour and captioned it as: “Get ready for DA-BANGG tour !”

Salman Khan fans are surely expecting some powerful performances. We are really excited to see Salman perform live overseas, aren’t you? Along with Salman, many Bollywood celebs will be seen shaking a leg. Sonakshi Sinha, Bipasha Basu, Prabhu Deva, Daisy Shah, Badshah, Tamannaah Bhatia, Manish Paul will also be a part of the tour.

On the work front, Salman Khan will next be seen in Kabir Khan’s “Tubelight” with Chinese actress Zhu Zhu and Ali Abbas Zafar’s “Tiger Zinda Hai” with Katrina Kaif.

After wrapping up his film Tubelight with Kabir Khan, Salman Khan will shoot for Tiger Zinda Hai and then on his dance venture with Remo D’Souza. It is said that Salman Khan has started preparing for his dance training at a studio in Andheri in Mumbai. 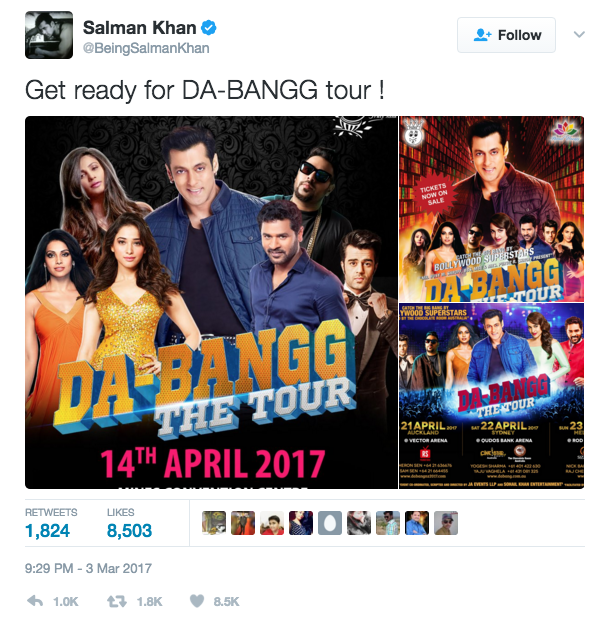