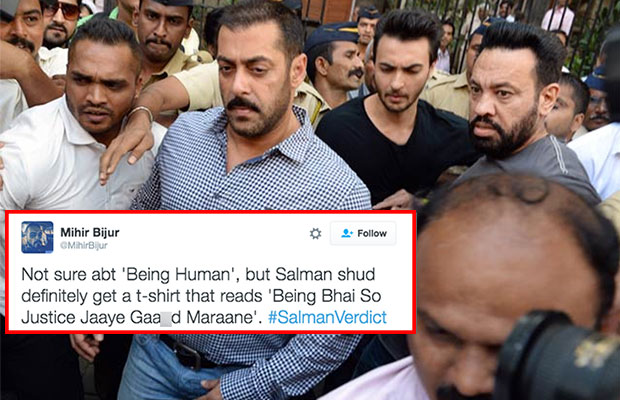 [tps_footer]Salman Khan has been acquitted in the blackbuck poaching case. A case had been filed against Salman for killing the endangered species of Chinkara and a blackbuck. The hunt happened in the year 1998 when Salman was shooting for ‘Hum Saath Saath Hain’. The Rajasthan High Court in Jodhpur has finally acquitted Salman of all charges.

The legal authorities received loads of criticism during the hit and run case and the same has happened yet again. The micro-blogging site twitter is filled with negative comments for Salman Khan. The actor was also in a mess recently when he commented that his training for ‘Sultan’ made him feel like a raped woman. 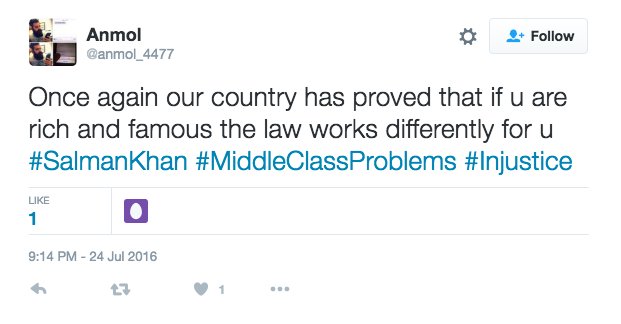 Salman Khan is not guilty is like saying Salman Khan is still Virgin ! Another bad decision by Indian law ! Power of money ! #SalmanKhan

#SalmanKhan Is Innocent Don’t Blame Him For Anything , Actually Black Buck committed suicide 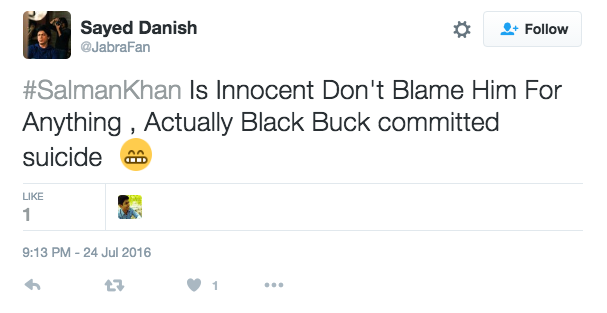 So its true, #SalmanKhan have license to Kill people in india! Damn

India is the only Country in the world where Terrorists are called Freedom Fighters and Convicted Stars are treated as Gods…!! #SalmanKhan 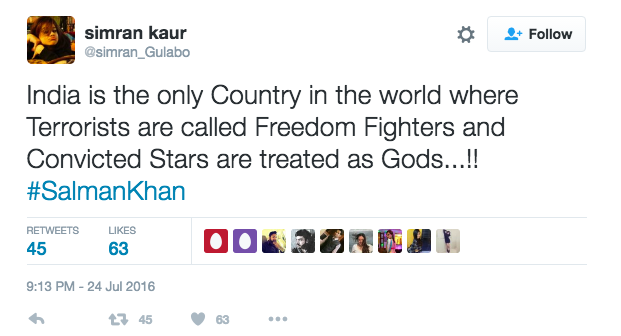 By killing those black bucks, #SalmanKhan was just Being Human. 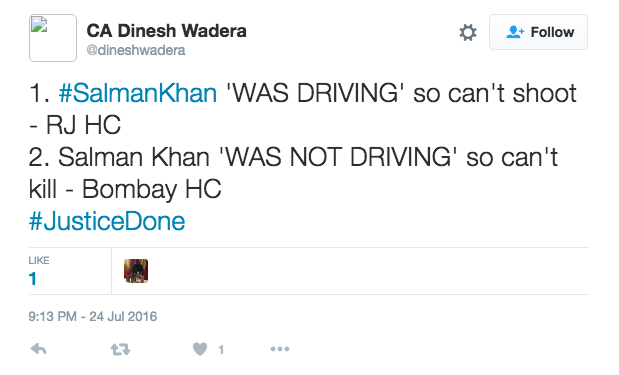 Crime is punishable for only Poor and Middle Class People , For People like #SalmanKhan its a just Accidental Mistake. #CorruptJudiciary

After #SalmanKhan verdict, pavement dwellers r looking for places 2 sleep, animals are having sleepless nights in the jungle. 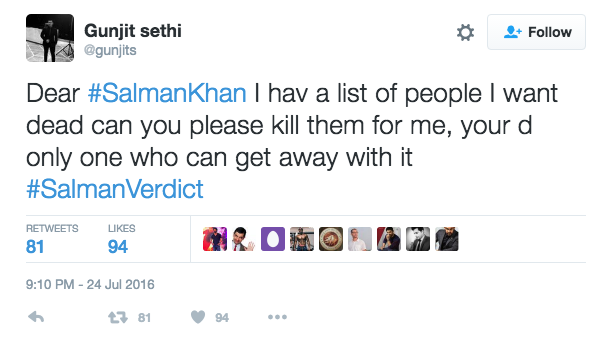 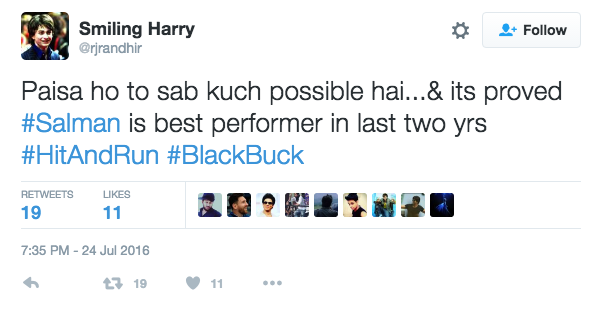