Salman Khan fans teach a lesson to KRK for tweeting against Tubelight.

Taking ‘panga’ with Salman Khan fans is just not the right thought! Well, Kamal R Khan aka KRK has dared to make fun of Salman Khan on social media account and has angered Bhai’s fans. The self-proclaimed movie critic (because it wasn’t possible for him to be one in real life) has garnered hate on social media after tweeting against Salman Khan.

After Tubelight’s teaser was released recently, KRK took to twitter and wrote, “12Yrs ago, Salman Khan played a Chutiya (Mental) in film Kyonki n it was super Se Oopar flop. Once more he is playing an idiot in Tubelight.” 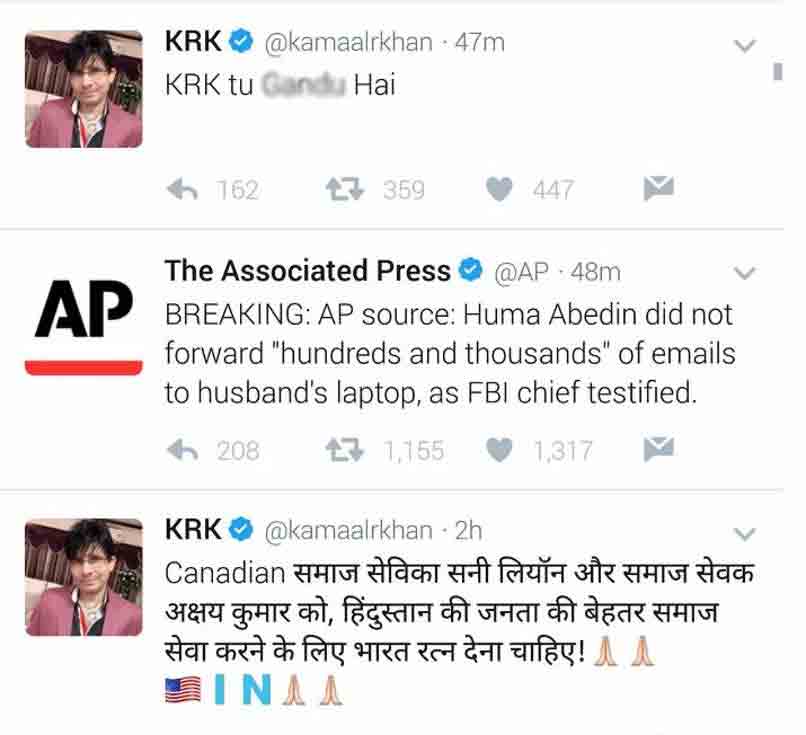 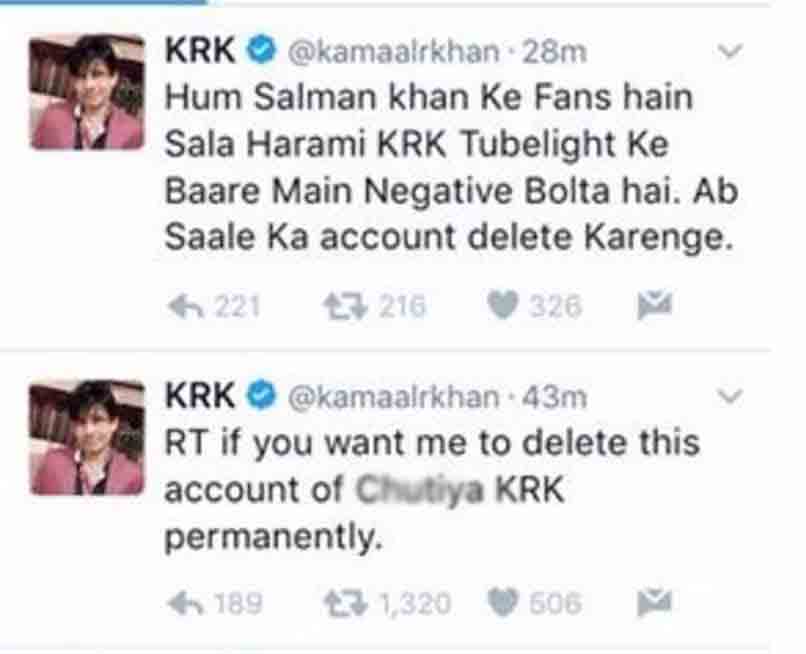 My Account is hacked so pls ignore all tweets. Trying to get control of my acount.

According to Hitler n his followers, Everybody was a Deshdrohi, whoever was against him during his rule n same thing is happening in India.

However, nobody took KRK seriously and instead trolled him over his hacked account tweets!