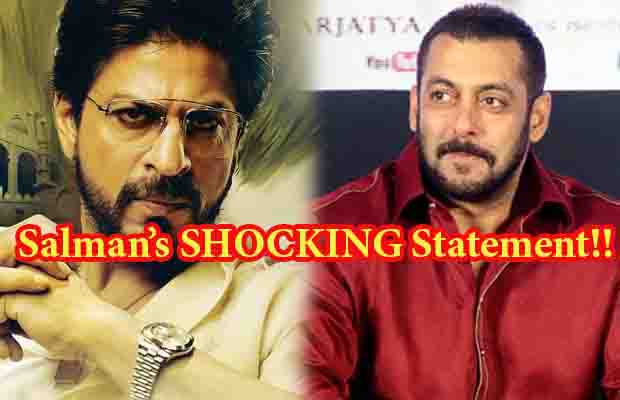 [tps_footer]Bollywood’s Dabangg and now very popularly knows as Sultan Salman Khan and extremely Raees Shah Rukh Khan have been making a lot of news. Yes, they are superstars of Bollywood so this much of attention is very obvious but right from the starting the release dates of Raees and Sultan have been the talk of the B-Town and even the die-hard fans of Salman Khan and Shah Rukh Khan have been eagerly waiting to know the final release date of these two big movies. Earlier, it was reported that Salman Khan and Shah Rukh Khan will face a clash at the box office as the makers of both the movies Raees and Sultan were thinking to release their movies on the same day of Eid.

But, finally the makers of Raees have a big change in the release date and now it’s said they will release this movie on January 26, Republic Day and they are avoiding clashes with Ajay Devgn‘s Shivaay, Aamir Khan‘s Dangal but the makers of Raees strongly felt that it would be a very wrong decision to release their movie on the day of Eid along with Salman Khan‘s Sultan as we all know, Eid is the day Salman Khan looks forward to releasing his latest movie and we also know that Shah Rukh‘s previous movie Fan didn’t perform very well at the box office and they need to be careful with the next release of SRK.

Here’s what Salman Khan said when he was asked about the clashes between Raees and Sultan, he gave a very precise answer and pleasantly surprised us with his knowledge. Salman said, “We have only 5,000 screens and around 2,000 theatres. In a country of 125 crore, only 3.4 crore saw Bajrangi Bhaijaan, the most watched film ever. We are 20,000 theatres short. The day we have them, two big hero films can come together.”

Aren’t you impressed more with Salman Khan after this?[/tps_footer]