Bollywood actor Salman Khan’s unconditional love for kids is very well known to all but his love for his pet dogs is also not less. The love for his pet dogs is as legendary as his box office records. His two bullmastiffs called Myson and Myjaan had passed away in 2009 but they will never vanish from Salman Khan’s life and heart. Salman recently slipped into a nostalgic mode and shared a painting of him with his two pet dogs, Myson and Myjaan on his twitter handle. 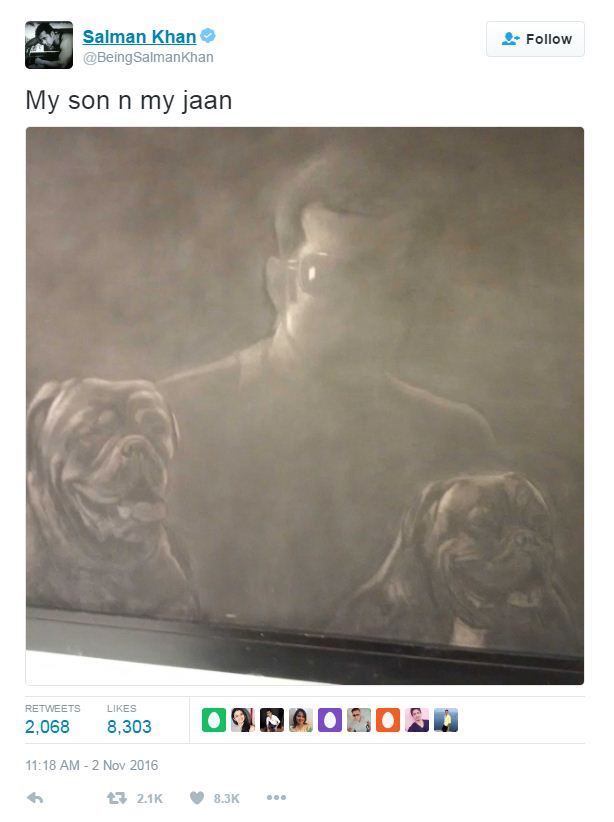 The actor thought of posting a picture recollecting his memories with his pets. Isn’t that so cute? The Sultan star also shared a couple of pictures of his other two pet dogs and captioned it as, “Do kutte ghode bache k so Gaye.” 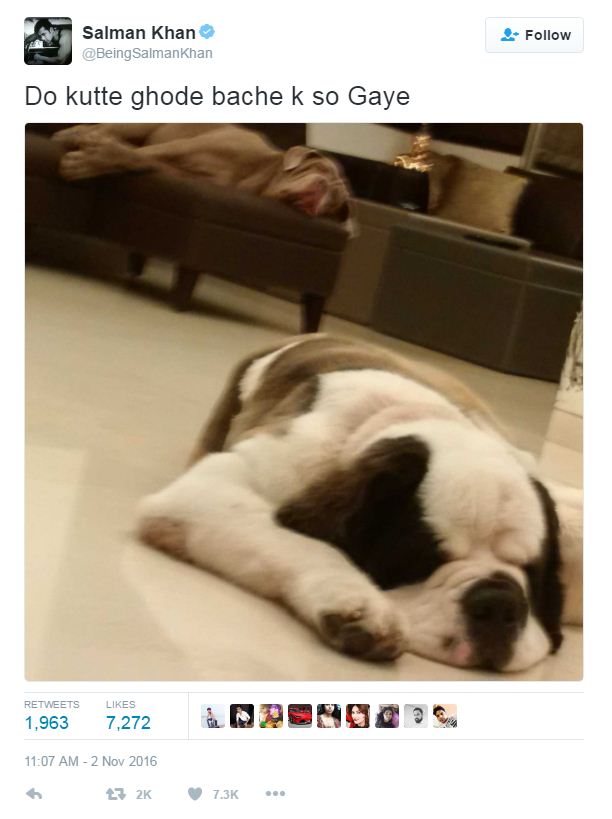 Here are few other pictures of his cute pet dogs sleeping peacefully. Salman shared the photo on his twitter and captioned it as, “My love says good nite sleep peacefully.” 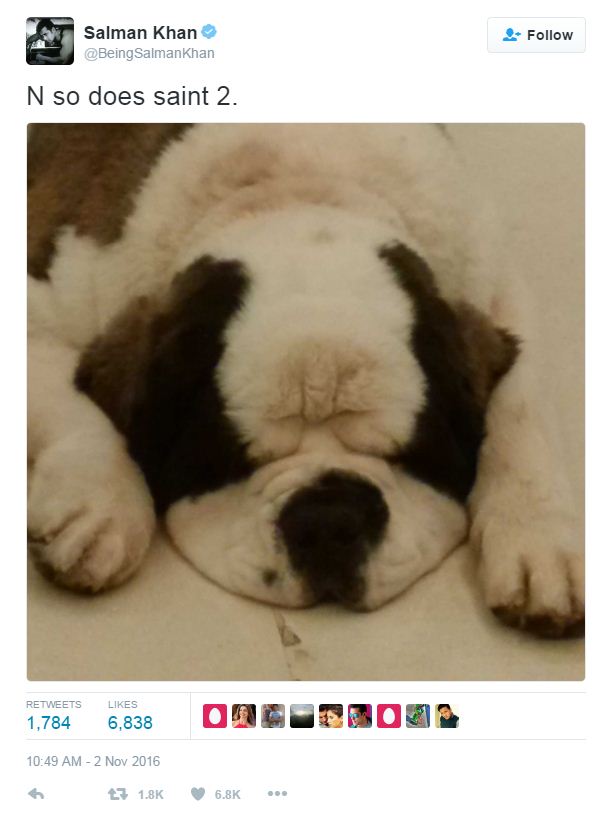