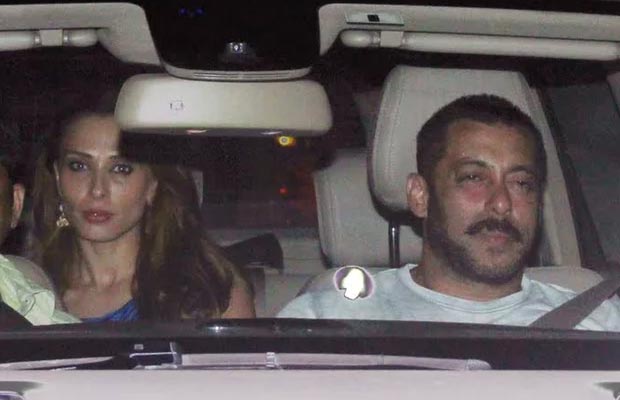 [tps_footer]Over the past few weeks, we’ve been reading about the alleged closeness between our very own ‘Bajrangi Bhaijaan’, Salman Khan and Romanian TV presenter Iulia Vantur. While it is common knowledge that Salman Khan is a generous mentor to many, he is also especially famed for launching many careers by co-starring in their debut films. The long list of names of those who he has helped includes Sneha Ullal, Zarine Khan and even Bhumika Chawla.

Salman Khan had earlier revealed that he would come up with a reality show on farming titled ‘The Farm’ with a similar concept like that of Bigg Boss. The Dabangg Khan, who made the announcement earlier this year, has finally tweeted a video wherein we see his rumoured girlfriend and Romanian Television presenter play the host.

Iulia Vantur is apparently getting ready for a full-fledged Bollywood career. According to a source close to Salman, Actor has hired a Hindi tutor for her to begin learning the language. So he don’t know if it is meant to be for her career. He suspect it could so she can mingle with Salman’s family and friends. Apparently the lady’s powers of communication in the rashtra bhasha are nil. So she ends up the odd one out at Salman’s family gatherings, as it happened during Salman’s 3-day birthday celebrations in Panvel in December.

While that being said, we wonder if Sallu bhai is gearing Iulia for a career in Bollywood. That being said, it could be a very probable occurrence that Salman co-stars in her debut if it were to come to that.

As Big Boss 9 ended with a bang, we wait desperately to catch Salman Khan on screen with his rumoured lady love Iulia for the very first time![/tps_footer]