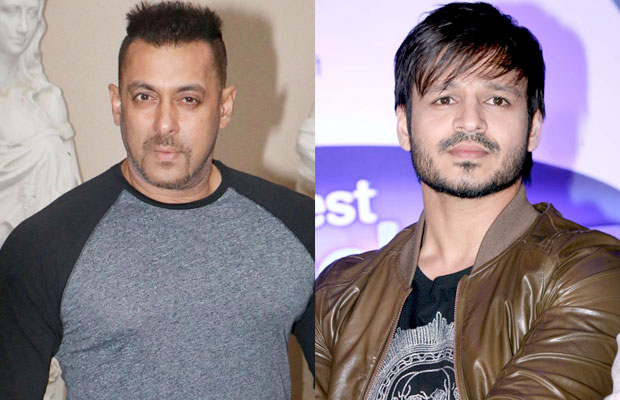 Many Bollywood stars came forward to express their views on Salman Khan’s raped woman controversy while many chose to stay mum about the same. Recently, Salman’s best buddies Shah Rukh Khan and Aamir Khan also directly interacted with media and expressed their piece of mind on the whole controversy that took place before the release of film Sultan. The latest actor who has opened up on the controversy is none other than Salman Khan’s not so good friend and rival Vivek Oberoi.

Salman Khan’s statement on ‘raped woman’ created a storm with people slamming the actor for making such insensitive remark.During an event for his upcoming film Great Grand Masti,  speaking on the same Vivek Oberoi said, “I think probably media people have lot better perspective on it. You still are probably lot younger from when I started off as. So a lot of people who I chatted with 14 years ago are now editors and reached a certain level. When I interact with them, they sometimes feel embarrassed at what it’s become today. It’s more like a rat race. They sometimes tell me at the end of the day, anybody who’s a journalist has some degree of respect for the work which is why they chose that part. But it boils down to the commerce or the headline. It boils down to sensationalising things where ‘What can I take’ becomes important. Sometimes, when you don’t get something, people tend to make something out of something which actually isn’t there at all. People twist, attribute and go as far as they can push something to create enough noise and grab attention. It is that SMS generation where everybody wants everything quick, concise with instant gratification.”

Vivek Oberoi also spoke on how actors have to be defensive nowadays and keep more than 3 PR around them while they are interacting with the media. After putting his piece of mind, the Great Grand Masti actor also sarcastically stated that he has no idea on what perspective media will frame his statement.

Vivek said “And it’s something we, as industries both, as actors as well as journalists need to kind of understand and go beyond, go past this. If this relationship and that trust has to survive. 14 years ago, I was never in a situation where I had three PR people standing when I’m talking to the journalists. I would invite them to my house, have coffee with them and chat. It would be so easy and casual. Everybody’s on the defensive right now. Everybody needs a layer of protection now. You keep attacking and you are milking the proverbial cow too much. At the end of the day, we are actors and if people keep doing that to actors, we will keep putting more barriers. There will be lesser access which is what politicians are doing now because they got hammered so badly. That’s going to affect both the industries. It’s a very important and large question. I don’t know how you are going to put this in perspective.”

Well, we totally agree to what Vivek Oberoi has said and it really seems to be by far more sensible statemtent made by any actor.