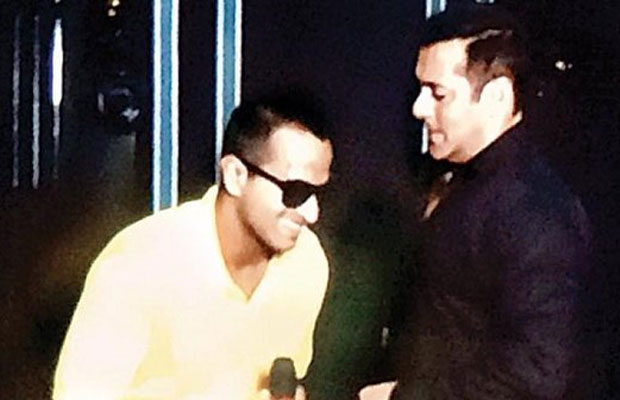 [tps_footer]Bollywood’s Sultan Salman Khan is the most loved actor of Indian Cinema and his fan following, stardom is unbeatable and he is known to be a hero with a golden heart who is ever ready to bring a big smile on his loved one’s face. We can count how many cases Salman is stuck in but it will be very difficult to count how many people he must have helped till today.
Salman Khan has worked very hard to complete his movie Sultan and real action has taken a toll on his heath but Dabangg Khan is doing fine.
In fact, recently Salman Khan took out time from his busy schedule to meet one of his die hard fan who is blind and Salman made it a point to meet him personally by attending a reality show. It was so sweet to see Salman interacting with his fan who was so happy to hear Salman talking to him and holding his hand. Salman‘s fan showed a lot of respect towards him and happily touched his feet. So cute! Here’s the video, enjoy.

.@BeingSalmanKhan fulfils a fan's dream, meets him on a reality show. Check the video #Sultan https://t.co/W5uwowDmoJ