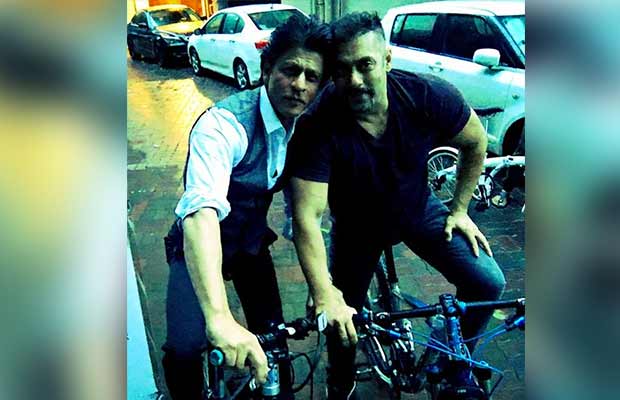 Salman and SRK decided to enjoy bicycle ride together in the magical rains of Mumbai. Yesterday we saw in the dialogue promo of Sultan, how Salman is totally in love with SRK and the two proved it now. Salman Khan who is more famous for cycling took SRK along with him. 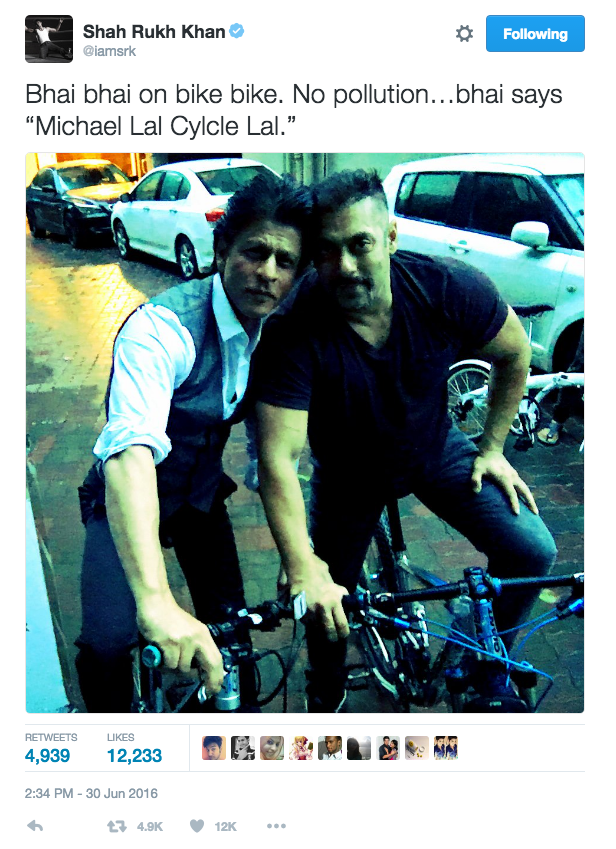 Shah Rukh Khan and Salman Khan both have professed their love for riding a bicycle along with their inseparable bonding. Don’t you think?

Well, hours before sharing this post on his twitter handle, Shah Rukh Khan was asked about Salman Khan’s rape woman controversy at a launch event. Reacting on the same, the King Khan said, “In the last few years I have realized that I made so many inappropriate comments myself that I don’t think I am someone to sit and judge somebody else’s comments to be very honest. It’s about taking sides or not taking sides. I myself say so many things, who are we to decide or not decide what he (Salman) should be or shouldn’t be doing. Personally speaking, I don’t think I can make any comments on this, I am so inappropriate myself.”[/tps_footer]