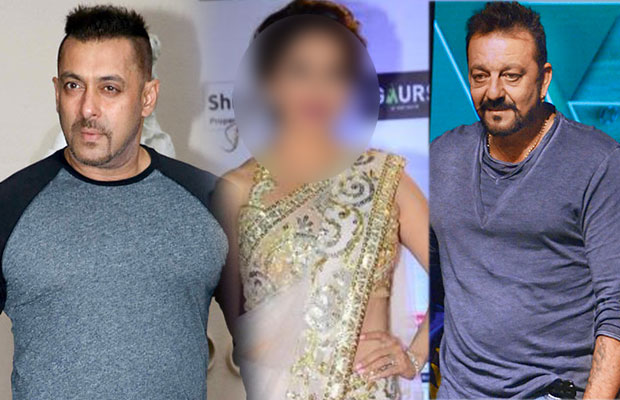 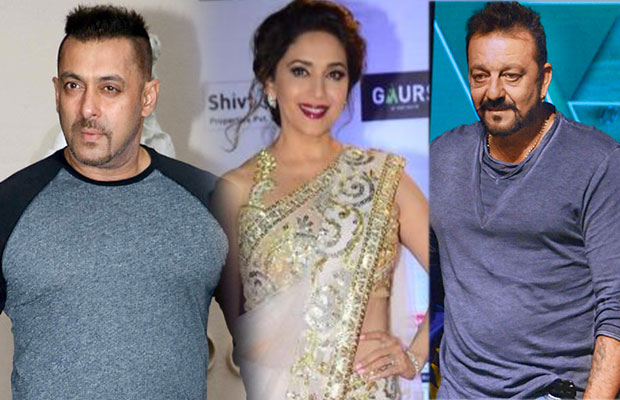 The 1-2-3 hit maker is the reason behind Salman Khan and Sanjay Dutt’s split. The two were known for their beautiful bond and ever-lasting friendship. But as you can re call the two had suddenly split and did not speak about each other ever. Not even to anybody. Well that’s sad.

But we are here to tell you why and how this happened. The 1-2-3 hit maker AKA Madhuri Dixit Nene is the culprit and here is why the two actors, almost best friends had a break-up.

Madhuri Dixit was associated with Salman Khan and Sanjay Dutt both and the story begins when Sanjay Dutt had decided to make his biopic. The work had started out and about when Madhuri Dixit Nene requested Salman Khan to remove his name from Sanjay Dutt’s biopic that she was scared will be taken for sure.

Salman Khan allegedly went to Sanjay Dutt and requested him to do the same. But Sanjay Dutt had a valid point where he stated that everything is set and the entire crew is about to shoot for it so no changes can be made.

Being correct with his side of the story, Sanjay Dutt denied to remove Madhuri Dixit Nene’s name. And then the addition to this troublesome split was Ranbir Kapoor as he was being chased to play in Sanjay Dutts’ biopic. We all know that Ranbir Kapoor and Salman Khan have a gap in between due to mutual ex-girlfriend Katrina Kaif.

And here’s how the split began and expanded due to his biopic. This is what we know as per sources, it is also claimed that Sanjay Dutt had asked Salman Khan to play in his biopic sooner or later, and maybe get friends again? But the actor denied from doing so.