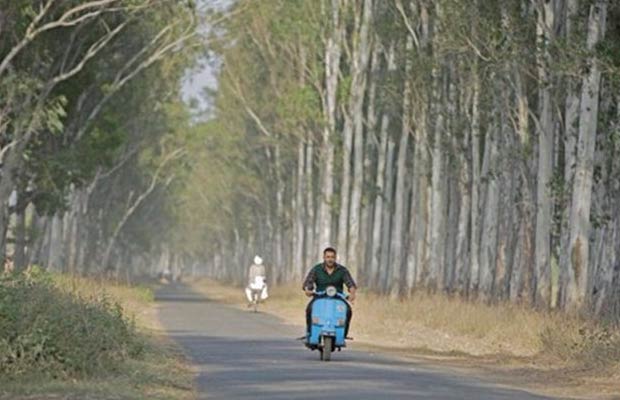 [tps_footer]Salman Khan is stealing the attention not only for his Rio Olympics controversy but also for his upcoming film ‘Sultan’. The superstar who has been on a blockbuster roll will again make the masses go drool with his wrestler avatar. Salman is busy with the shooting of the film ‘Sultan’ and is leaving no stone unturned to do justice to his role.

The movie also stars actors Anushka Sharma and Randeep Hooda in lead roles. The Bajrangi Bhaijaan star is keeping all his shooting schedules a secret. The actor is very particular about the images being leaked. Salman recently was tempered when his look from the set of the film ‘Sultan’ was leaked out. The sets of the film now have extra security to avoid such leaks. 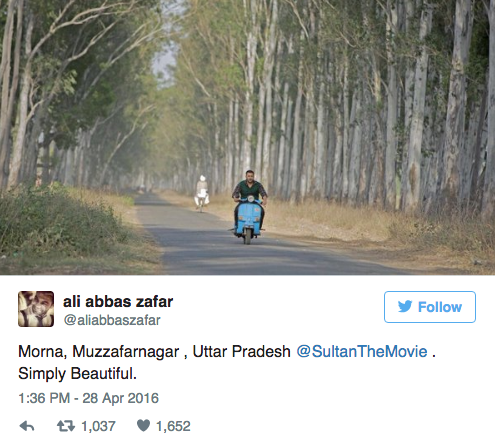 The tweet consists of a picture which sees Salman Khan riding a scooter. The actor is dressed in simple attire. Salman will play the role of Haryanvi wrestler in the film ‘Sultan’. Anushka will also play the character of a wrestler. Currently, the whole team of the film is in Uttar Pradesh.

‘Sultan’ is all set to hit the screens on Eid this year. The film was to clash with Shah Rukh Khan’s ‘Raees’ but the dates have been changed for SRK starrer.[/tps_footer]