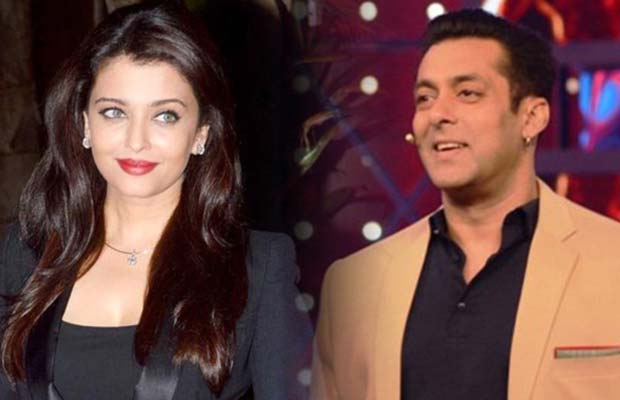 [tps_footer]Salman Khan is not only in news for his blockbuster hit films, but is also garnering attention for his personal life. The Dabangg Khan Salman has been constantly linked with many B-Town beauties in the past. Salman has been making headlines for his love errands since a long time. As we all know, Salman Khan gained all the attention when his alleged girlfriend Iulia Vantur made a visit to his grand 50th birthday celebration. But now there is something else cropping up after his birthday bash.

Salman Khan and Aishwarya Rai Bachchan’s love angle is known to all. The two actors were dating each other many years back, but things did not turn out to be all rosy and they parted ways. Well, even after so many years, Salman and Aishwarya’s past still gains headlines. Whenever the two cross each other’s paths, there are inevitably loads of speculations and rumours.

Yet again, something unusual has happened. During a recent award show, Salman Khan and Aishwarya Rai were very close to witness each other. It so happened that at the award function, Salman’s friends were witnessed cracking jokes on Aishwarya and also asked Salman to join in the discussion.

But superstar Salman Khan apparently got offended and asked his friends to shut up and end the topic then and there. The Bajrangi Bhaijaan actor surely did not encourage the jokes and was not too pleased with the same.

Seems like, Salman Khan is still not in a mood to take matters lightly and cannot take any jokes on Aishwarya. Salman is currently on cloud nine with his last blockbuster Prem Ratan Dhan Payo and is also shooting for Sultan. The actor is also gaining all the eyeballs for his rumored marriage plans in the year 2016!