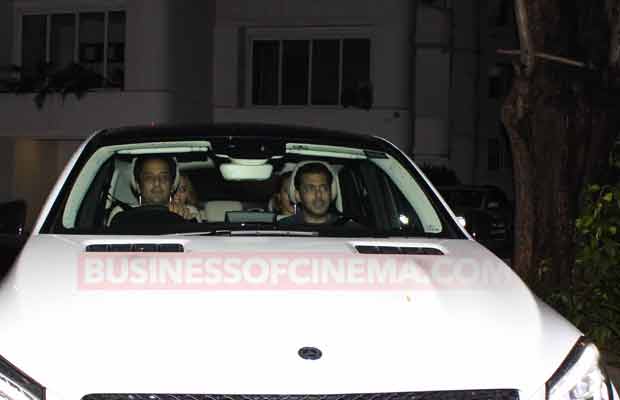 Iulia Vantur’s alleged relationship with Salman Khan is always grabbing eyeballs. Salman is the most eligible bachelor of the industry and when millions are ready to marry him, there isn’t any question why their relationship is getting too much of attention. She is often seen at same events as Salman but not much are they seen together.

Speculations about the Romanian beauty’s relation with Salman have risen ever since she lent her voice to a few songs in 2016 released Sultan. She has even performed on his hit songs at several events which made the rumors even stronger. Last night, Salman’s family and Iulia attended a party in the city at Sushil Kumar Shinde’s house. Iulia shares a very close camaraderie with the actor’s family.

The shutterbugs were excited to see the whole family together and clicked their pictures. After the party, Salman and Iulia reportedly went on a long drive with actress Sonakshi Sinha accompanying them too. Rumors have started that Iulia and Sona are the new best friends in B-Town. Reportedly, Salman had taken them on a long drive in the car that was gifted to him by Shah Rukh Khan earlier this week. King Khan gifted the car to Salman to thank him for making an appearance in his upcoming film directed by Aanand L Rai. It seems three of them must have had a great time while on the drive.

The man in the pictures who is seated on the driver’s place is Prashant Gunjalkar. He is the co-owner of Salman Khan’s club Royalty which is located in Bandra.

On the work front, Salman will resume the shootings of Tiger Zinda Hai in a few days. The movie also features Katrina Kaif and it will release on December 22. Sonakshi Sinha will be next seen in Ittefaq-It Happened One Night opposite Sidharth Malhotra and will release on November 3. Iulia Vantur was recently seen with South actor Daggubati Venkatesh and so it is rumored that she will be starting her acting career in the South. But, no confirmations have been received from Iulia or the actor. 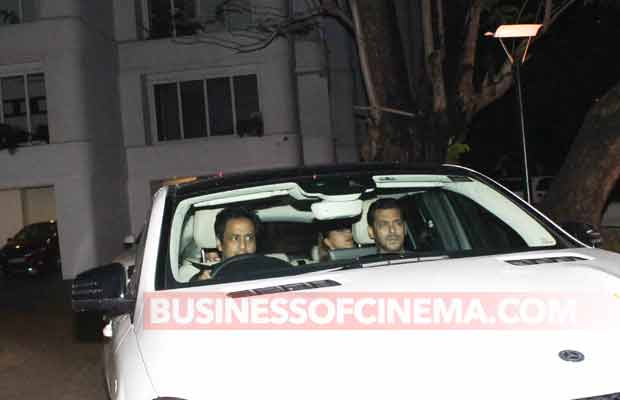