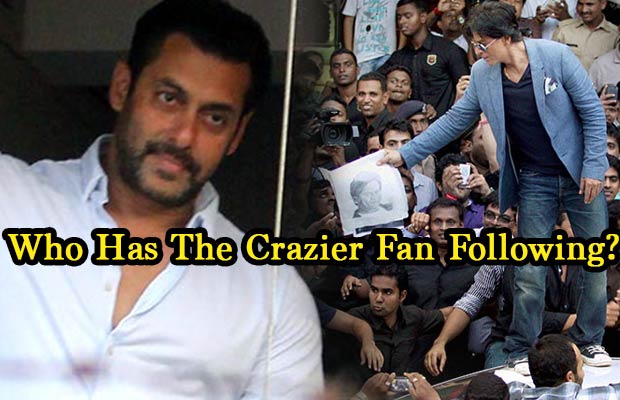 [tps_footer]Since the dawn of the new age in Bollywood, the Khans have ruled over the Industry. Be it their larger-than-life movies, their eccentricities, hit films or their mass fan following, these stars have marked the start of an era of the ‘superstar’in Bollywood. With that being said, there have always been undercurrents and stiff competition between Shah Rukh Khan and Salman Khan as the biggest star in Bollywood.

Salman Khan’s fans have been known to go crazy lengths for their ‘Sallu Bhai’. His residence in Bandra always has fans thronging to get a glimpse of the actor. Almost all of the ‘Bajrangi Bhaijaan’ star’s movie make it to the 100 crore club thanks to his dedicated fans who will go any lengths just to get a chance for the first day, first show screening of a new Salman movie.

There have been instances where fans have protested to get the star’s criminal records dropped. A fan committed suicide when he couldn’t get tickets to ‘Prem Ratan Dhan Payo’s’ first day, first show screening. The audiences watching his movies in theatres are known to dance along with the songs and fans have crossed International boundaries just to see their hero.

Well, SRK fans are no less! The ‘Baadshah of Bollywood’ can scarcely go anywhere without having a small mob of fans thronging him. His fans are present all over the world and it has now become so that Bollywood is associated to SRK! One fan of SRK has completely transformed his house in Lucknow into a sort of shrine for the actor.

It is common knowledge that SRK’s movie ‘Dilwale Dulhaniya Le Layenge’ ran for 20 years in the iconic Maratha Mandir cinema hall in Mumbai. This was only because the owner of the thetre had fallen in love with SRK’s acting prowess in the movie. Fans from all parts of the country throng to the superstar’s residence in Bandra called ‘Mannat’ just to see the actor. This phenomenon is even crazier on his birthday when the entire road gets chock-a-bloc by fans!

While both the stars have their share of crazy fans, much more than any other star in the country and possibly the world, we leave it up to you to decide which star has the most followers and the craziest ones! 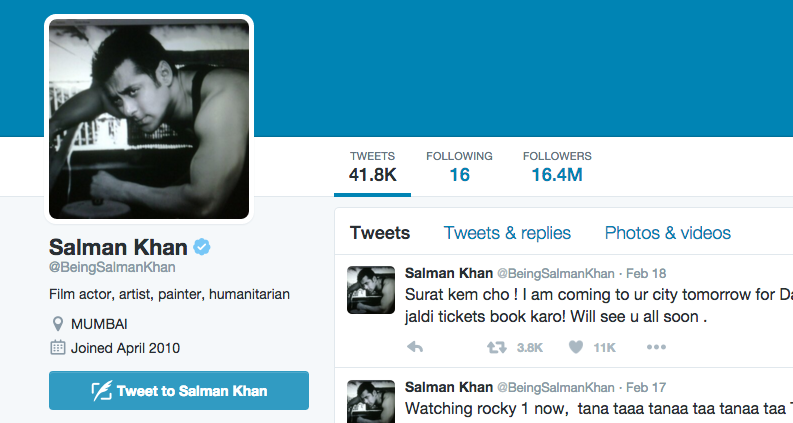 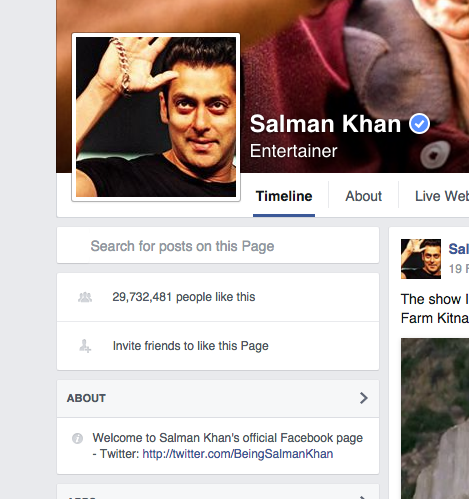 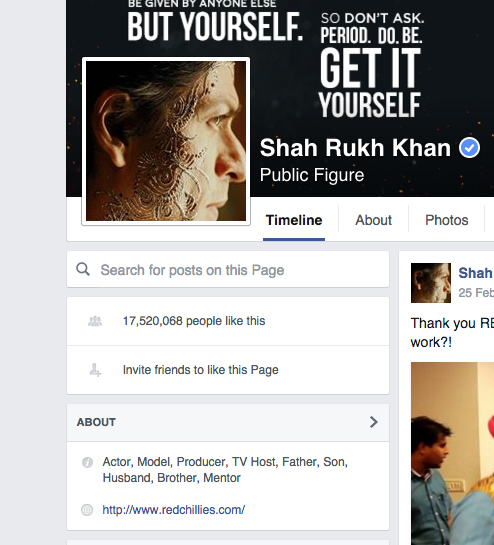