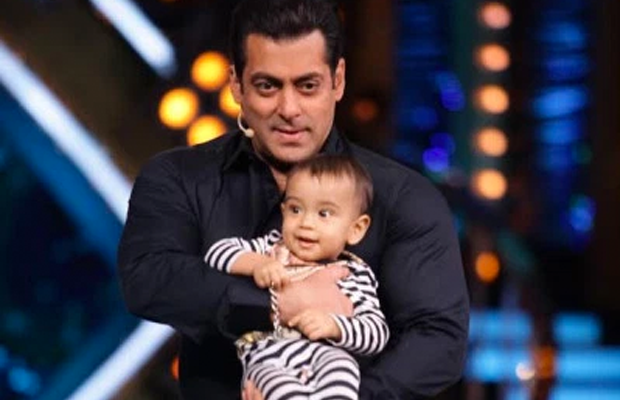 Photos Of Salman Khan De-Stressing With His Bhanja, Ahil Will Make Your Day!

It’s raining baby photos in B-Town social accounts! After the cute picture that Shahid Kapoor shared of Misha recently, it’s time for Salman Khan’s nephew Ahil to get some attention too!

Salman Khan wrapped with Kabir Khan’s Tubelight. It was a hectic and long shooting schedule after which Salman headed straight to meet his nephew. Arpita Khan Sharma took to Instagram to share pictures showing the lovely camaraderie of her superstar brother Salman and baby boy Ahil. 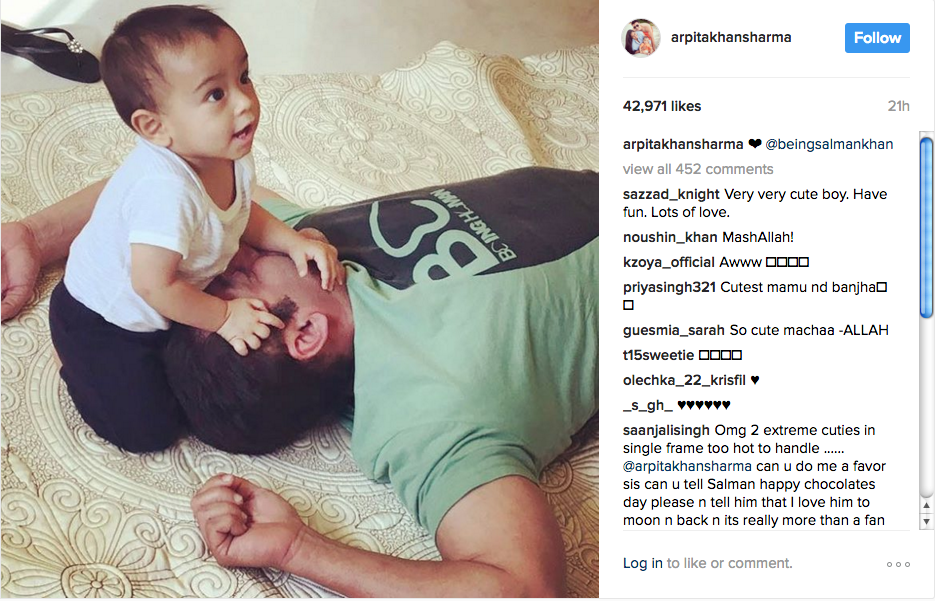 The last time, this maamu-bhanjaa made news for stealing some ‘we’ time on the sets of Bigg Boss season 10, which was being hosted by the star.

The pictures see Ahil having fun playing with his Mamu. In one of the pictures, Salman is seen holding Ahil, while the tiny tot stares at the camera. Arpita captioned the picture on Instagram saying, “Priceless moments ! Family first @beingsalmankhan” 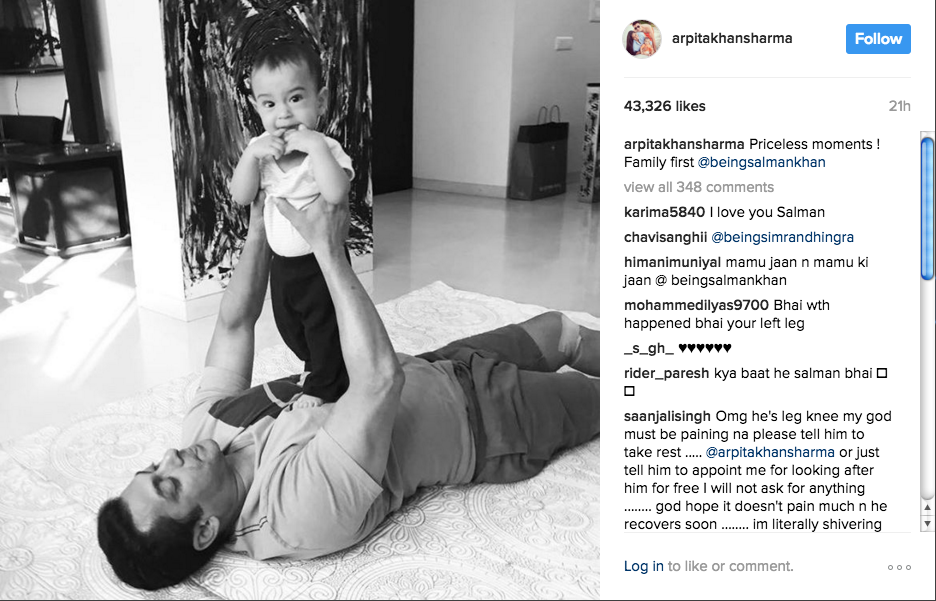 In the other picture the little boy is almost mounted on Sallu’s face with admiration.
Salman Khan’s love for kids is not unknown. Arpita had also revealed earlier that Salman, her sister Alvira and brother-in-law Atul Agnihotri are spoiling Ahil way too much.

Also Watch: Salman Khan Helps This Bigg Boss 10 Contestant For A Role In This Film!