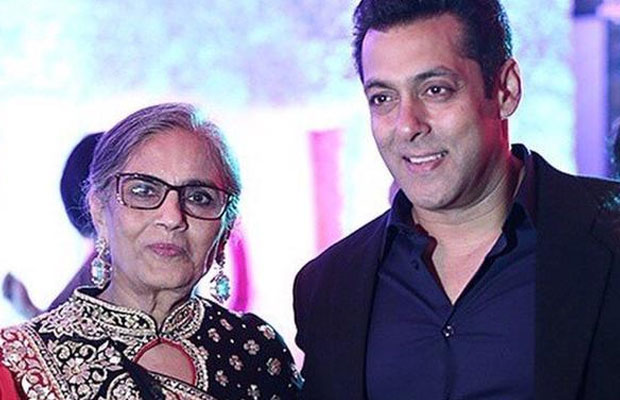 Any movie of Salman Khan immediately becomes a talking point. Take for example his upcoming release, Tubelight. From the day the film went on floors to the updates by its cast and crew and even unseen viral pictures from the sets of the movie, they all made headlines and soon became viral.

The first look of the movie was released recently and the poster gave a little peak into the character of Salman Khan. Surely, you all were swayed by the cute looking Salman on the poster with shoes around his neck and due to that missed something that was revealed never before.

Did you notice his mother, Salma Khan’s name on the poster? No, right? If you look at the poster you will see towards the bottom left, it says, ‘Produced by Salma Khan and Salman Khan.” It’s a first for the poster of his film but it isn’t completely new.

Her name appeared even in the credit rolls in Bajrangi Bhaijaan. But this is the first time her name is on the poster itself. Isn’t it cool?

By now, everyone knows how close Salman is to his mother and how much he respects her. In fact, remember that in his closing sentence in every episode of Bigg Boss is “Do whatever you want man but don’t trouble your mother.” That sentence speaks volumes about how Salman Khan feels about his mother and mothers in general.

‘Tubelight’ is slated to hit the screens on June 23. It marks the Bollywood debut of Chinese actress Zhu Zhu.