Actor Salman Khan‘s Being Human Foundation recently ventured into the jewellery segment which was launched on October 1. The event saw the presence of the celebrities including Salman Khan himself, his mother Salma Khan, Salman‘s sister Arpita Khan Sharma and the Fan actress Waluscha D’Souza. With the launch of the Being Human Jewellery, also the new brand ambassador was announced. The brand ambassador chosen is none other than Salman’s Kick co-star Jacqueline Fernandez. The rumors were doing the rounds that both the actors were not on talking terms, but with Jacqueline being appointed as the brand ambassador it seems all is well between the two. 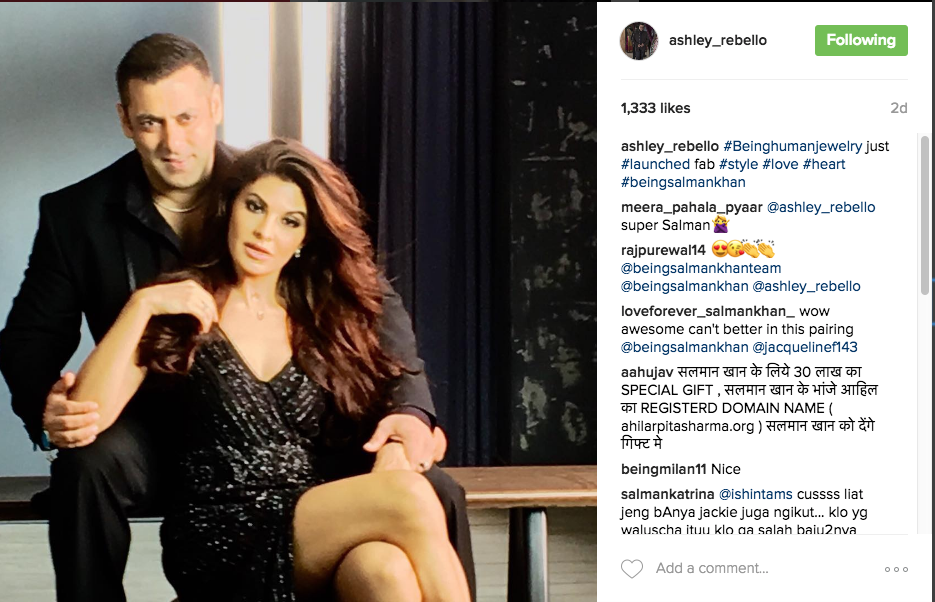 It is known to everyone that Salman Khan is soon reuniting with Katrina Kaif for Tiger Zinda Hai. With this, there were speculations that Salman Khan might appoint Katrina Kaif as the brand ambassador for his Being Human Jewellery. But that did not happen. Salman at the same event was asked about his opinion on surgical strikes and the ban on Pakistani talents. Salman said, “Ideal situation should’ve been of peace but if this thing happened(Uri attacks) there has to be a reaction to that action but in this day and age I think if we live with love and peace it’ll be better for everyone, especially common man”. When asked about the ban on Pakistani artists, Bhai said, “They were artists, not terrorists, these are two different subjects. What you think? That artists are terrorists? They come with valid visa, who provides them with visa? Our Government, Our Government provides them work permit.”

Following his statements, the Bajrangi Bhaijaan actor was criticized by the MNS Chief Raj Thackeray. Salman also received a lot of heat from the Shiv Sena leader Manisha Kayande who asked him to migrate Pakistan if he likes Pakistani artists so much.

On the work front, Salman will be next seen in Tubelight and Tiger Zinda Hai which are slated to release on Eid 2017 and Christmas 2017 respectively.