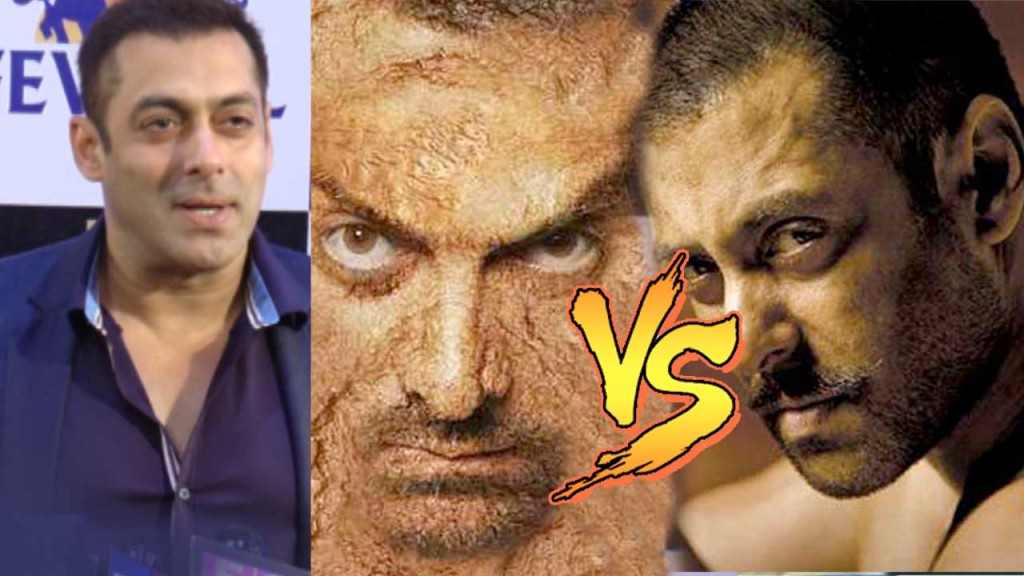 [tps_footer]Since the first trailer of Salman Khan’s Sultan was released, each and everyone went crazy over actor’s never seen avatar. Soon people started speculating that Salman Khan, who will be seen as Haryanvi wrestler in his upcoming film Sultan, is going to be a tough competitor to Aamir Khan, as they are coming with same genre films. Salman’s Sultan is releasing this year just a few months before Dangal’s release, which made people think that it would be a disadvantage for Aamir Khan as the same genre film would take away all the thunder. But that’s not the fact!

Recently, while shooting in Ludhiana, Aamir Khan had also said that he is little worried about his competition with Sultan after watching the trailer of the film. When quizzed about the same to Salman Khan, he reacted asking, “Aamir is scared?” The actor laughed out loud and then continued saying, “Why will he be scared? Our films are very different and both of us knew we were doing these films. Actually, Aamir’s movie is way better, his script is outstanding.”

He added saying, “Given a choice I would have done both. It would have been Sultan and Sultan’s Dangal next.”

Wow now that’s something amazing, isn’t it? Do you think Salman Khan would have been better than Amir Khan in Dangal? Would that have been a better choice?[/tps_footer]