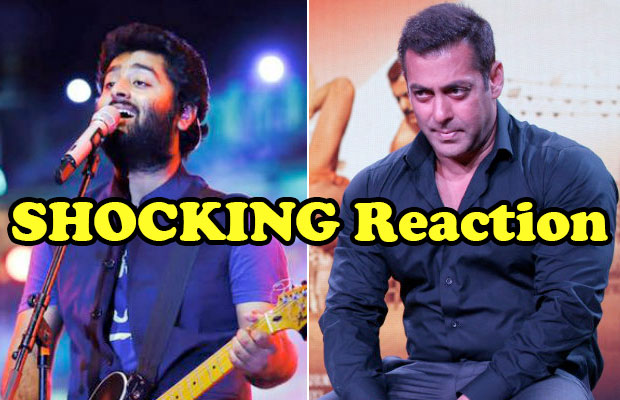 [tps_footer]By now we all are aware of Bollywood actor Salman Khan and singer Arijit Singh’s tiff that had recently left everyone talking about. The tiff between the two happened back in 2014 and it is quite shocking to know that their fight is still on. Arijit Singh also asserted in his open letter to retain his song in Sultan. In his Facebook post, the singer also mentioned that he tried talking to Salman many times but the actor paid no heed to his plea. 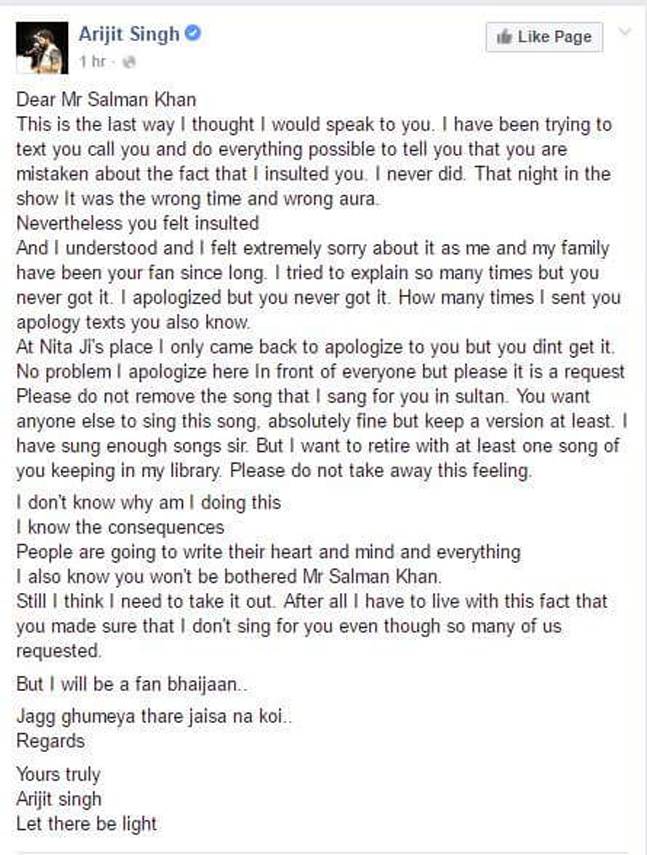 While interacting with the media today, Salman Khan was asked about Arijit Singh‘s song that was dropped out of Sultan and about the whole controversy that took place.

As soon as Salman heard Arijit’s name, he reacted asking, “Who’s that?  ( after a long pause continues) In every movie there are lots of singers replaced… people come and sing. It’s directors and producers who then make the choice that who’s would be the best voice for the film. One voice is mine as well, my voice was also rejected…they shouldn’t be upset, its life”

Sarcastically talking about Arijit’s Facebook post, Salman added saying, “then those smart comments and posts…so the intention is understood why it has been written.”

Well, Salman Khan is a man who forgives and forgets, but this seems to be too serious!

People who don’t know, the incident happened in 2014 when Arijit Singh had come on the stage to receive an award while Salman was the host of the awards event. Salman Khan and Riteish Deshmukh had invited Arijit Singh to the stage to offer him an award for his song Tum Hi Ho. Salman jokingly said Arijit if he had slept? To which Arijit replied saying, ” “Aap logon ne toh sula diya…(you guys put me to sleep)”, which had left Salman furious.[/tps_footer]