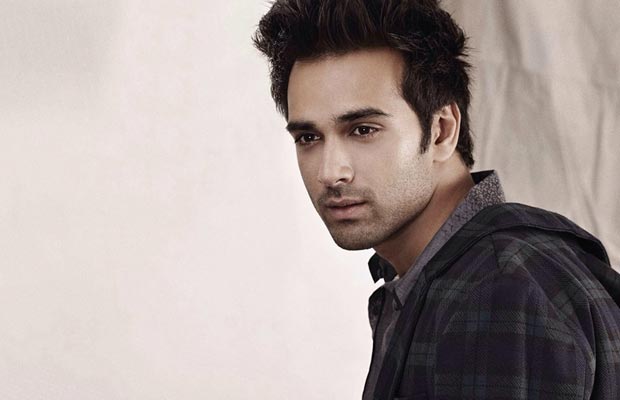 [tps_footer]Sanam Re stars Pulkit Samrat and Yami Gautam‘s rumoured affair has been grabbing more headlines and limelight than even the movie.

While the director of Sanam Re, Divya Khosla Kumar had accidentally confirmed that Yami and Pulkit are a couple, later Pulkit clarified that their relationship rumours were just a publicity stunt. But recently the film’s actress Urvashi Rautela had confirmed their relationship saying that she faked a lip lock with Pulkit, while Yami and Pulkit shared a real kiss as they are a couple.

Although they have never accepted their affair and never denied either. In fact at every event and press conference both Yami and Pulkit tossed the questions on their relations and moved to next question.

Recently, Pulkit Samrat was heard saying that it was immature and very foolish to hold anyone responsible for the weakness that he would have in his relationship. He thinks that Shweta and him chose someone else’s soul mates. They mistook each other as soul mates.

Shweta Rohira and Pulkit Samrat got married in the year 2014, in the month of November, to superstar Salman Khan’s rakhi sister Shweta however, after nearly few months of marriage, the two decided to part ways. Their immediate separation surely raised many eyebrows and has still left everyone confused.

Shweta when asked about the alleged affair had earlier said, “That is ridiculous. I know my husband and Yami is the last person he would want to be involved with. In fact, he didn’t even want to do films with her — he has acted with better actresses. Eight years ago, he had done a music video with her and at that time he wasn’t even talking to her. Yami always had her eyes on him, but Pulkit never had the hots for her.”

Denying all the reports which suggested Pulkit’s affair with Yami, Shweta further added, “Even now when he was offered Junooniyat and Sanam Re he did not want to do them. It was I who told him it’s okay to do Junooniyat with her. In Sanam Re, initially, another girl (a friend of mine) was considered, but at the last minute it fell through and Yami came on board. But I had loved the story and had full faith in Divya (Kumar, director), so I insisted that Pulkit do the film. I know that there is nothing going on between them.”

Pulkit Samrat and Yami Gautam will be seen romancing in Divya Khosla Kumar directed film ‘Sanam Re’ which also stars Urvashi Rautela. The film will hit the screens on February 12, 2016.[/tps_footer]